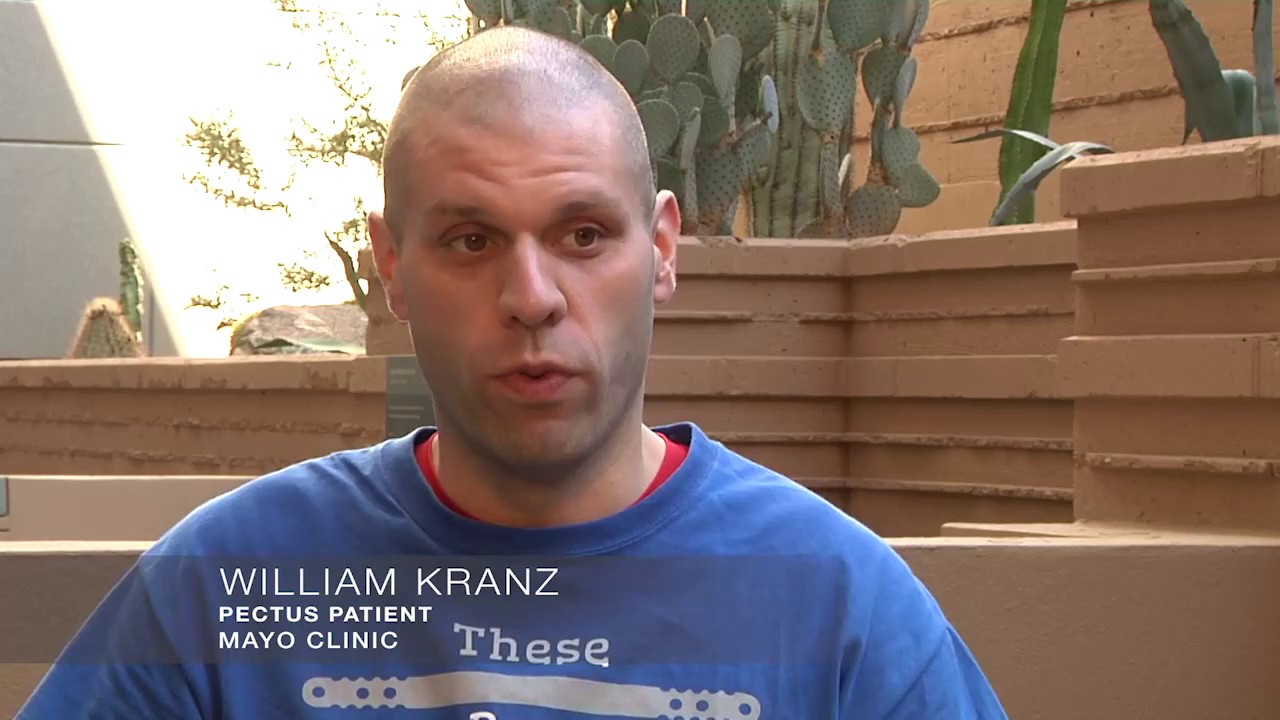 Pectus excavatum is a condition in which a person’s breastbone is sunken into his or her chest. In severe cases, pectus excavatum can look as if the center of the chest has been scooped out, leaving a deep dent. To learn more, visit http://mayocl.in/2yqTDwm