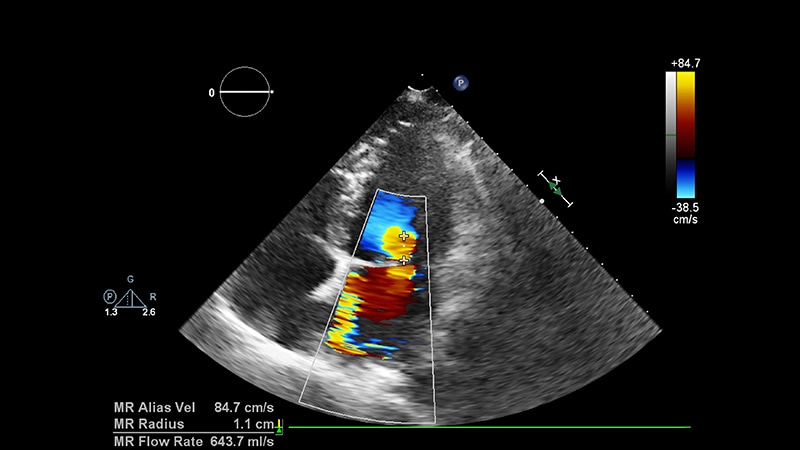 The first order of business in the long-awaited, recently released Centers for Medicare and Medicaid Services (CMS) proposed national coverage decision (NCD) for transcatheter mitral valve repair (TMVR) was to get rid of its familiar moniker.

The document tosses the term TMVR in favor of transcatheter edge-to-edge repair (TEER) “to more precisely define the treatment addressed in this NCD” and differentiate it from other therapies that repair or replace the mitral valve.

(In an off-the-cuff Twitter poll launched right after the CMS document’s release, 80.3% of respondents answered that they “hate” the new acronym and the remainder said they “love” it; those two were the poll’s only choices.)

No medical nomenclature ever sticks. CMS has now renamed TMVR as TEER. "Transcatheter edge-to-edge repair" of the mitral valve.

The NCD proposal goes on to say that CMS coverage of TEER would expand to include treatment of symptomatic moderate-to-severe or severe functional mitral regurgitation (MR) when used with maximally tolerated guideline-directed medical therapy.

The proposed NCD has been expected since March 2019 when the US Food and Drug Administration (FDA) approved the MitraClip (Abbott Vascular) for secondary functional MR. Medicare has covered MitraClip for primary degenerative MR since 2014.

Abbott announced in October 2019 that it would ramp up production of the MitraClip, which is currently the only FDA-approved TEER device.

Even as the new proposed NCD would add CMS coverage for functional MR, it would also decline a coverage statement for degenerative MR. Instead, it proposes to leave such coverage decisions to local Medical Administrative Contractors (MACs), given a relatively low incidence of clip intervention for degenerative MR. Less than 1% of the Medicare population undergo TEER of the mitral valve for that indication, the document says.

“The MACs are structured to be able to take into account local patient, physician, and institutional factors, which are especially important when overall prevalence is very low.”

The proposal also emphasizes that patients undergoing such covered TEER procedures be “under the care of a heart failure physician specialist experienced in the care and treatment of mitral valve disease,” with additional care provided by a heart team that includes a cardiac surgeon, interventional cardiologist, interventional echocardiographer.

In anticipation the CMS coverage proposal, the ACC earlier this year published a Focused Update of the 2017 Expert Consensus Decision Pathway on the Management of Mitral Regurgitation to reflect new evidence in the field, mainly the recent clinical trial data on functional MR from the MITRA-FR and COAPT trials.

“These criteria, in conjunction with results of the COAPT trial, establish TEER as the standard of care for patients with symptomatic functional MR despite guideline-directed medical therapy who do not possess an alternative indication for cardiac surgery,” said Elmariah, a coauthor on both the Consensus Statement and the Focused Update.

The proposed NCD seems “reasonable,” cardiothoracic surgeon Michael J. Reardon, MD, Houston Methodist Hospital, said by email. But he thought there might be some objections to the requirement for TEER centers to have a surgery program with a minimum annual volume for mitral-valve surgeries.

The proposed NCD says a hospital must have “a surgical program that performs ≥25 total mitral valve surgical procedures for severe MR per year, of which at least 10 must be mitral valve repairs.”

Edwards Lifesciences is currently testing its own device for TEER: the PASCAL transcatheter mitral valve repair system. Early findings from the company’s ongoing CLASP IID trial, a head-to-head comparison of Pascal and MitraClip, are expected in December 2023.

CMS is seeking comments on the proposed national coverage determination, and will render a final decision within 60 days of the end of the 30-day public comment period.