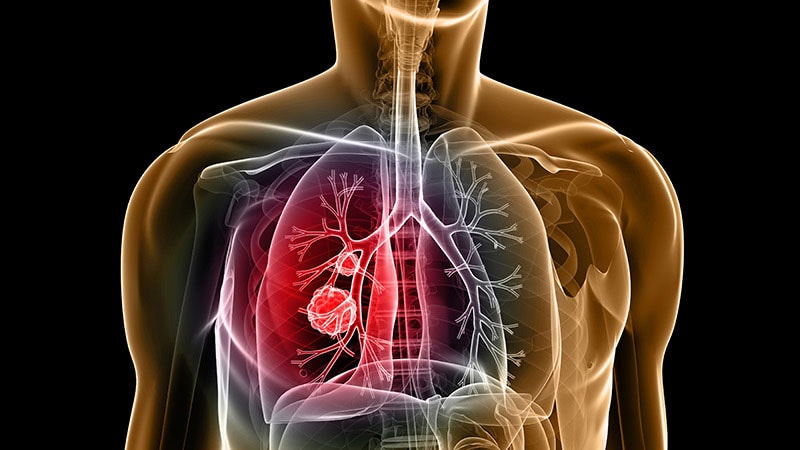 The investigational anti-PD-1 antibody sintilimab (Tyvyt, Innovent Biologics and Eli Lilly) has shown that it improves the efficacy of platinum-based chemotherapy in the first-line treatment of patients with advanced non-squamous non-small cell lung cancer (NSCLC) in a Chinese phase 3 trial dubbed ORIENT-11.

The study was presented at the World Congress on Lung Cancer (WCLC) 2020 Virtual Presidential Symposium, held virtually due to the COVID-19 pandemic, on August 8. It was also published simultaneously in the Journal of Thoracic Oncology.

Sintilimab is a fully human IgG4 monoclonal antibody that blocks the binding of programmed death (PD)-1 to PD ligand 1 (PD-L1) or PD-L2 with high affinity, and has received market authorization in China for the treatment of Hodgkin’s lymphoma.

For ORIENT-11, almost 400 patients with advanced non-squamous NSCLC were randomly assigned to sintilimab or placebo plus pemetrexed and platinum-based chemotherapy in a 2:1 ratio.

Crucially, this benefit “was seen across key clinical subgroups,” he added.

He noted that the overall response rate (ORR) “was also improved, with a durable response,” while the results, which are not yet mature, suggest the experimental arm was associated with an overall survival (OS) benefit.

Adding a note of caution, she continued: “But we have seen studies with PFS improvement which did not translate into OS improvement.

“Longer follow-up would allow events to mature and we will ultimately see if there would be a significant OS benefit,” she said.

Nagasaka also pointed out that the greater benefit with sintilimab seen in patients with high PD-L1 begs the question as to what would be the preferred regimen in those with higher or lower expression.

And, she said, this is not just about what regimen to choose but “more importantly, why?”

“Perhaps you’d like to use something with the best response rate, perhaps you’re sticking to a single agent immunotherapy because the toxicity profile is more favorable, or perhaps you [are] convinced with a certain regimen because of the robust PFS and OS data,” she said.

“Whatever you chose, there was a reason for your choice,” she said, adding that the sintilimab combination would have to “fulfil those reasons for you to consider choosing this regimen.”

Zhang began his presentation by noting that previous phase 1b studies have shown that sintilimab plus pemetrexed and platinum-based chemotherapy has a “tolerable safety profile and promising efficacy” in previously untreated non-squamous NSCLC.

Thirty-five patients in the placebo arm crossed over to sintilimab monotherapy, representing 31.3% of the intention-to-treat population.

Zhang noted that the benefit with sintilimab plus pemetrexed and platinum-based chemotherapy was seen across all subgroups.

However, it was notable that the impact of adding sintilimab on PFS was greater in patients with a tumor proportion score (TPS) ≥ 50%.

The results also showed that there was a “nominally significant improvement” in overall survival with sintilimab versus placebo, at a HR of 0.609 (P = 0.01921).

The ORR was markedly different between the sintilimab and placebo groups, at 51.9% vs 29.8%, with the duration of response not reached in the sintilimab arm compared with 5.5 months in the placebo arm.

The sintilimab arm included three (1.1%) complete responses, which was not observed with pemetrexed and platinum-based chemotherapy alone.

Finally, Zhang observed that the safety profiles of the sintilimab and placebo arms were similar, with comparable rates of any, grade 3 – 5, and serious adverse events largely driven by high rates of chemotherapy-related events.

While there were fewer adverse events that led to death with sintilimab, at 2.3% vs 6.9% with placebo, there were, as expected, more immune-related adverse events, at 43.2% vs 36.6%, respectively.

In her discussion, Nagasaka said that the first question that came to mind when she saw the results was: “How does the ORIENT-11 data compare with KEYNOTE-189?”

For that study, pembrolizumab (Keytruda , Merck) was added to pemetrexed plus carboplatin chemotherapy and compared with standard of care alone in patients with untreated metastatic non-squamous NSCLC.

As reported by Medscape Medical News, pembrolizumab was associated with a 48% reduced risk of disease progression, as well as improved overall survival.

Nagasaka said that ORIENT-11 “had patients that tended to be younger, there were more males, more with performance status 1, and those who had never smoked” than those in KEYNOTE-189.

“But most importantly, KEYNOTE-189 had a very small number of patients from East Asia, only 1% in the pembro arm and 2.9% in the placebo arm.”

In contrast, all the patients included in ORIENT-11 were from East Asia, making the study of “high importance.”

She added that, “while across-trial comparisons must be taken with caution, the medium PFS of ORIENT-11…appears comparable to those of KEYNOTE-189,” while the HR “appears identical.”

There are plans to register the sintilimab combination therapy in China for the treatment of non-squamous NSCLC, where it will go up against pembrolizumab as well as, potentially, tislelizumab (BeiGene).