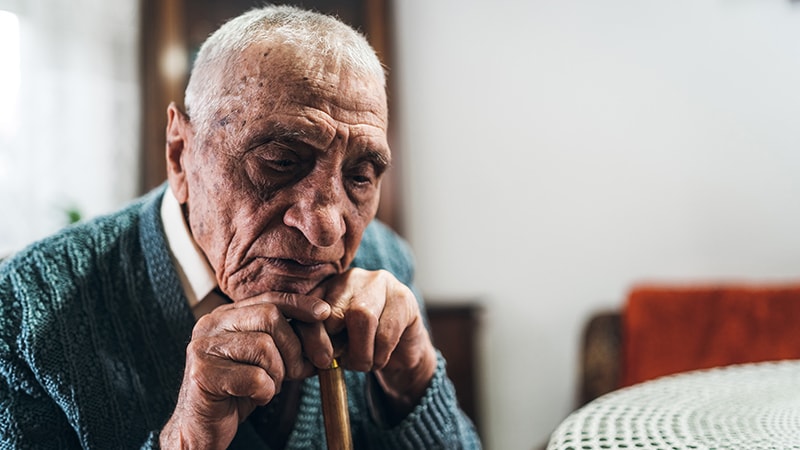 A history of repetitive hits to the head (RHI), even without noticeable symptoms, is linked to a significantly increased risk of depression and poorer cognition later in life, new research shows.

He added that the findings underscore the importance of assessing repetitive head impacts (RHI).

The study was published online June 26 in Neurology.

It is well known that sustaining a TBI is associated with worse later life cognition or mood problems, said Alosco. However, in the current research the investigators hypothesized that RHI may be a key driver of some of these outcomes, Alosco said.

Previous studies have been small or have only examined male former football players.

“What’s unique about our study is that we focused on a history of RHIs, and it is the largest study of its kind, incorporating over 30,000 males and females with different types of exposure to these RHIs.”

The researchers used data from the Brain Health Registry, an internet-based registry that longitudinally monitors cognition and functioning of participants (age 40 years and older).

Participants completed the Ohio State University TBI Identification Method (OSU TBI-ID) and answered a yes/no question: “Have you ever had a period of time in which you experienced multiple, repeated impacts to your head (eg, history of abuse, contact sports, military duty)?”

Among study participants who completed the GDS-15, 16.4% reported symptoms of depression, similar to rates reported among community-dwelling older adults.

Depression increased in tandem with increased exposure, with the lowest GDS-15 scores found in the unexposed group and subsequent increases in scores as exposure to RHI was introduced and TBI severity increased. The GDS scores were highest in those who had RHI plus TBI with LOC.

Participants with a history of RHI and/or TBI also had worse scores on tests of memory, learning, processing speed, and reaction time, compared with unexposed participants.

In particular, TBI with LOC had the most neuropsychological associations.

Alosco said the findings highlight the need for clinicians to educate and inform parents/guardians of kids playing (or considering playing) contact sports about the research and potential risks associated with these activities.

“We have to ask the question, ‘Does it make sense to expose ourselves to these repeated hits to the heads?’ If we want to prevent long-term problems, one way is not to expose [people] to these hits. Everyone takes risks in life with everything, but the more we can understand and mitigate the risks, the better,” Alosco said.

Commenting on the findings for Medscape Medical News, Temitayo Oyegbile-Chidi, MD, PhD, a pediatric neurologist with Health Peak Inc, McLean, Virginia, and a member of the American Academy of Neurology, said the study “makes a significant contribution to the literature, as neurologists who specialized in TBI have long yearned to understand the long-term effects of repeated head impact on the brain and cognition.”

Clinicians should “inquire about a history of prior head impacts on all our patients, regardless of age, especially if they are experiencing or showing signs of unexpected cognitive dysfunction or mental health concerns,” said Oyegbile-Chidi, who was not involved with the study.

For those who have sustained single or repeated head impacts with or without associated LOC in the past, “it is important…to keep in mind that depression and cognitive dysfunction may persist or present even many years after the impact was sustained,” she added.