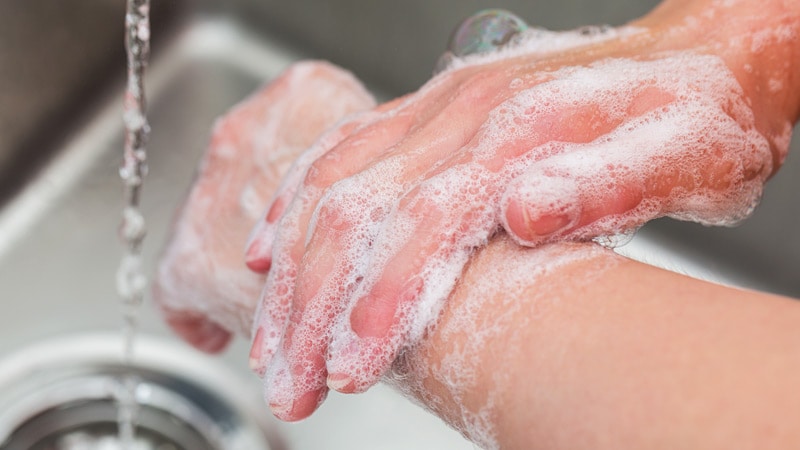 Improving hand hygiene, optimizing antibiotic order sets, and removing catheters sooner were among the interventions associated with a decreased risk of infections after hysterectomy, according to research presented at the virtual annual scientific meeting of the Society of Gynecologic Surgeons.

“Implementation of bundled interventions and an institutional focus on reducing infection can successfully reduce the burden of posthysterectomy infectious morbidity,” said study author Shitanshu Uppal, MBBS, an ob.gyn. specializing in gynecologic oncology at the University of Michigan in Ann Arbor.

To assess the impact of quality improvement efforts on infectious morbidity after hysterectomy, Dr. Uppal and colleagues analyzed data from 1,867 hysterectomies performed between Oct. 8, 2015, and Oct. 7, 2018. Patients were at least 18 years old, younger than 90 years old, and underwent hysterectomy via any route at the University of Michigan Medical Center Hospital.

Interventions to reduce infections included the use of cefazolin as a preferred antibiotic, the addition of metronidazole to first-generation cephalosporins for antibiotic prophylaxis, subcuticular closure of open incisions, and earlier removal of Foley catheters. In addition, the institution evaluated and shared information about doctors’ hand hygiene, implemented enhanced recovery after surgery (ERAS) protocols, and held periodic meetings with doctors to discuss efforts to reduce infections. Most interventions were implemented by November 2017.

The primary outcome was overall infection rate in the 30 days after surgery for each of the 3 years included the study. Infections included superficial surgical site infections, deep infections, Clostridium difficile infections, and urinary tract infections, among others.

Patients’ baseline clinical characteristics did not differ during the 3 years studied. Length of stay decreased, which may be attributed to increased use of ERAS protocols and institution of same-day discharge in laparoscopic cases, Dr. Uppal said. The rate of malignancy on final pathology decreased from 29% in year 1 to 23% in year 3. The rate of laparoscopic surgery increased from 55% to 64%.

“We saw a reduction in infection rate in all categories,” said Dr. Uppal. “However, the reduction in urinary tract infection as well as superficial surgical site infection was most pronounced.”

After adjustment for the route of surgery, body mass index, age, malignancy on final pathology, modality of surgery, and comorbidities, performance of hysterectomy in year 3 was independently predictive of lower rates of infectious morbidity by 56%.

In addition, the standardized incidence ratio for surgical site infection as reported by the Centers for Medicare & Medicaid Services decreased. In December 2016, Michigan Medicine’s ratio was 1.057. At the end of 2018, the projected ratio was 0.243.

The interventions started on different dates, and “we are unable to conclude, from all the implemented interventions, which one worked,” Dr. Uppal noted.

“I hope the elements from this quality improvement initiative will become the standard of care in order to benefit our patients,” said Amy Park, MD, section head of female pelvic medicine and reconstructive surgery at Cleveland Clinic.

In addition, the study “pertains to one of CMS’s major programs to reduce and prevent health care-associated infections,” Dr. Park said at the virtual meeting. Several CMS quality indicators in 2020 relate to gynecologic surgery, including postoperative wound dehiscence rate, catheter-related UTI rate, and surgical site infection related to hysterectomy. The CMS will reduce hospital payments to institutions in the worst performing quartile for hospital-acquired infection scores by 1%.

Dr. Uppal advised that hospitals need four things to achieve similar results: a commitment from the team and leadership to reduce infections; patience; making it easy for doctors to implement the new interventions; and periodic feedback.

The process may be tedious but worth it in the end, he said.

This article originally appeared on MDedge.com.