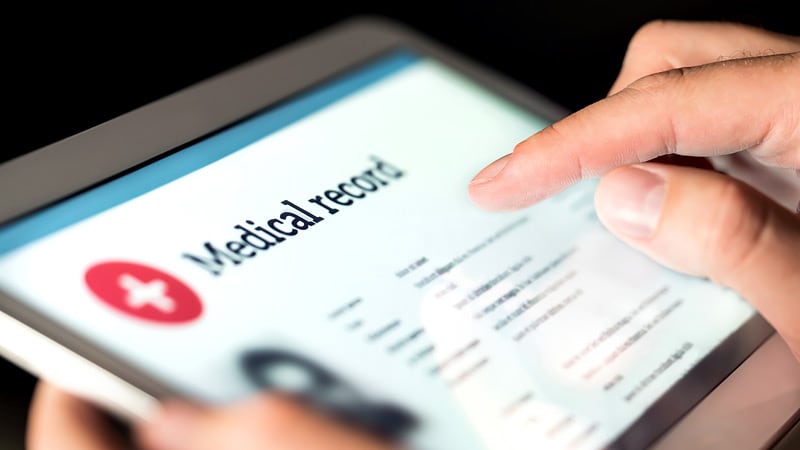 Health information technology (HIT) is implicated in many of the missed test result follow-ups that lead to outpatient diagnostic delays, according to a new study of root cause analysis (RCA) data from the US Department of Veterans Affairs (VA). Such delays have been shown to threaten patient safety by causing the treatment of serious conditions such as lung and breast cancer to be postponed.

Whereas computer hardware and software issues were responsible for some of these errors, most safety concerns involved “sociotechnical factors” associated with people, workflow and communication, and a poorly designed human-computer interface.

Powell was at the VA National Center for Patient Safety, Ann Arbor, Michigan, at the time of the study and is currently a primary care physician at Virginia Mason Medical Center in Seattle, Washington.

Study data came from RCAs submitted to the VA National Center for Patient Safety from January 1, 2013, to July 31, 2018. Terms associated with HIT-related diagnosis delays were identified and categorized within a Health IT Safety Framework developed by authors Hardeep Singh, MD, and Dean F. Sittig, PhD. This framework includes domains for safe HIT, safe use of HIT, and using HIT to improve safety.

Of the 214 RCAs categorized in this manner, 88 involved diagnostic delays and HIT. The researchers extracted 172 HIT-related safety concerns from these RCAs. Of those issues, 142 (82.6%) were linked to the sociotechnical factors described above, under the rubric of safe use of HIT. Only 25 issues (14.5%) were connected to safe HIT, and using HIT to improve safety was reflected in just five of the concerns.

The percentage of delayed diagnoses associated with HIT might be greater than that indicated in the study, Singh, a patient safety researcher at the Michael E. DeBakey VA Medical Center and the Baylor College of Medicine in Houston, Texas, told Medscape Medical News.

“Root cause analysis is only done in selective circumstances,” he noted. “There could be many near misses or close calls, as well as cases where there may have been diagnostic delays that were not subjected to RCA. Generally, organizations do RCA where there was a problem or sentinel event that caused patient harm,” he explained.

Although the study looked only at the VA system, it broadly applies to other healthcare organizations. Over the past decade, the private sector has adopted the same types of interconnected HIT systems that the VA has long used, Singh said. Consequently, “the problems we used to see 10 years ago [at the VA] are also emerging in the private sector,” such as clinician inboxes being deluged by notifications, he added.

Powell agrees. “I’ve worked in three different EHR systems in the past 3 years,” she told Medscape Medical News, and the HIT-related safety issues are universal.

Besides the common problem of clinicians being overwhelmed by inbox alerts, she noted, the poor interoperability between EHRs “is a problem both in VA and non-VA systems, and there’s still reliance on paper and faxes in many cases. Reports are not formatted well, and docs may have to dig to find the test results they’re seeking.”

Steven Waldren, MD, vice president and chief medical informatics officer of the American Academy of Family Physicians, told Medscape Medical News the focus on the VA system was a technical limitation of the study. “But practically, when I talk with docs and I see how these EHRs in private practice are designed, I think this is very germane and probably what we’d see across multiple organizations and multiple EHRs. They all have the same problems.”

The authors cite a number of nontechnical reasons for the failure to notice, act on, or communicate abnormal lab and imaging results. These include:

“Because it’s so easy to send a message, people might not feel compelled to call about something critical,” Powell said with regard to the latter issue. “In the example we had, a critically ill patient was being transferred, and instead of a clinician picking up the phone and calling over to the office to say, ‘here’s what’s going on,’ that was communicated by a note, which is a nonurgent way to communicate.”

EHR design could also be improved to avoid some of these safety issues. For example, the paper said, “The EHR inboxes could be redesigned to better prioritize, display, and sort messages; track high-risk test results; and allow messages to be easily reassigned to support staff to reduce overload.”

“Only a few RCAs specifically mentioned problems with systems for tracking test results, although this likely is involved in most cases of missed test results,” the authors write. Where such systems exist, Powell told Medscape, they aren’t hardwired into the EHR design and aren’t widely used. Singh agreed: “Few systems have good tracking so that when there’s a positive result, or a chest x-ray that’s suspicious for a malignancy, there are ways that the facility tracks that test or biopsy. And even when they do, they’re not very sophisticated.”

The researchers suggest that automated tracking systems be used for high-risk results noting that Kaiser Permanente has such a system and the VA is testing one.

Waldren agreed that EHR result tracking systems, where they exist, leave much to be desired. What might be done to meet this challenge, he said, is to update the “tickler files” that some primary care physicians used to create on index cards in the pre-EHR era. When a physician creates an order, he said, the EHR could insert the expected workflow for the results.

“If you put in a lab, for example, the expectation might be that the result will be back in 7 days and that the patient needs to be notified. If you do that, then the system has two tasks: one, review the lab within 8 days, and second, create a task of notifying the patient, which is dependent on the first task.”

Waldren was not surprised at the study’s finding that there were so many EHR-related nodes where abnormal test results could be missed. “The principles that led to the design of the EHR was to support documentation and the business of healthcare. It’s not really about care delivery. The challenges of that data are more complex, with many more nuances.”

As a result, he said, EHRs may trigger alerts that would not usually concern a physician. For example, he said, an alert about a PSA result outside the normal range might be triggered by a level that is not abnormal for a particular patient. So EHRs need to be improved to classify alerts better within the parameters for individuals.

“There’s also the promise of using [artificial intelligence; AI] and machine learning to reason that a particular issue, which seems to be abnormal for this patient or this place in their course of care, doesn’t need to be raised to the level of a flashing alert,” he added. “It can be put on a dashboard so it’s tracked over time.”

The only way to solve the problem of results being buried in scanned clinical documents, he said, is to improve interoperability between EHRs. “We’ve done a decent job of connecting systems together and being able to push volumes of information from one to the other. But we haven’t gotten to the point where the receiving system can understand what’s in this set of data and where does it need to go in the EHR.”

Singh reported grants from the Department of Veterans Affairs and the Agency for Healthcare Research and Quality. The remaining authors and Waldren have disclosed no relevant financial relationships.