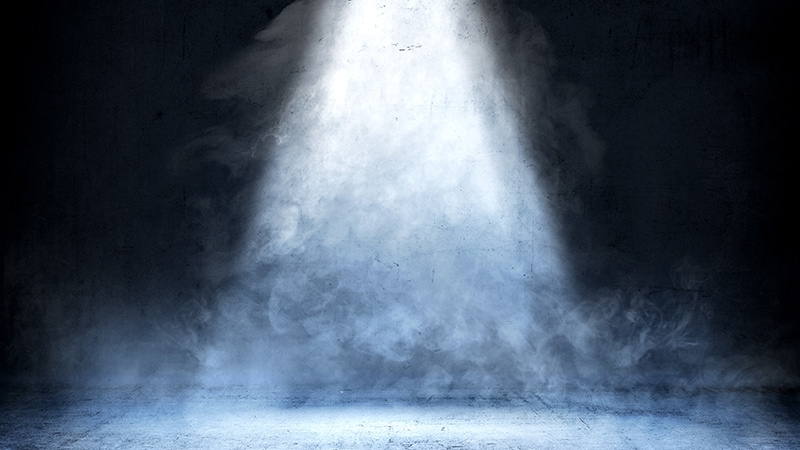 As a specialist in lung cancer, Julia Lee Close, MD, often has patients who are facing terminal diagnoses. So, as she progressed through one of her pregnancies, she felt she should be joyfully anticipating the new life that she was about to bring into the world.

Instead, she was struggling with mental well-being, and when diagnosed with peripatrum depression, she sought to keep this secret from her colleagues.

Until a stunning turn of events occurred.

Close related her story this past weekend as part of the virtual education sessions of the American Society of Clinical Oncology’s annual meeting. She described the path she took to allow her to be gradually forthright about something often kept out of view.

Such privacy may be advisable, according to a 2016 survey of more than 2000 female physicians in the United States. The study found that 50% of the respondents believed themselves to have suffered from mental illness but had not sought professional help, in part because of fear of workplace reprisals. And the report included anecdotal accounts of exactly that.

Nevertheless, Close chose to speak publicly during the ASCO Voices session, a storytelling event that offers a respite from the flood of clinical data presented each year.

“Before my third child was born,” Close told her virtual audience, “rather than excitingly expecting his birth, I found myself frequently tearful with a sense of doom that I could not place.

“I felt like a failure for not finding joy in the new life I would meet so soon,” she said, especially as she works with patients with lung cancer who have shortened life expectancy. Close is an associate professor of internal medicine and the associate dean of graduate education at the University of Florida in Gainsville.

“I confided to my OB ― or, more accurately, I started crying in the middle of an appointment, and then I had to confess [about what was going on],” she said.

The obstetrician referred her to Dr D, a psychologist. “I told no one but my husband. And I began having covert therapy appointments intermittently each week, making vague excuses as I disappeared for an hour here or there,” said Close.

Dr D led her out of a peripartum depression and “left me with lifelong skills to cope with stress and loss,” she said, expressing gratitude and wonder over the help that she had received.

Then, suddenly, her “covert” therapy was no longer private.

Back at work, Close was asked to see a new patient with lung cancer and metastases to the brain and bone. “The patient was young and vibrant and needed a doctor like me,” she was told by a fellow, who then told her the patient’s name. It was Dr D.

So then, Close’s secret had been shared with two coworkers.

“In both conversations, I spoke in hushed tones,” said Close, “naming [Dr D] as my therapist ― someone who could not be my patient. Both asked me if I was okay. And I said, ‘I’m fine.’ “

But Close told the ASCO audience she was “not fine.” The oncologist once again felt inhibited about sharing a simple, emotional truth.

Close explained: “I felt the approaching loss of someone who I had come to depend on and care about. I felt the guilt of seeing her weekly and not noticing her symptoms. The colleague I asked to see this patient was one I had known for a few years. We traded pleasant tales in adventures in parenting, and I know her to be trustworthy. Yet I could not admit [to her in the past] that I had sought help. And I could not admit [now] how Dr D’s diagnosis had impacted me.”

Close said that in recent years, she has become “much more open about my struggles with peripartum depression.” The honesty, in turn, has resulted in many other people in her life disclosing similar struggles. Remarkably, “some suffered at the same time as I did. And yet we both struggled alone,” she said.

But Close was not finished with her story ― and the epiphanies related to it.

Fast forward to last fall, when her father died unexpectedly. “I returned to work a week later out of a sense of obligation and to fight back against the sense of chaos I suddenly felt in my life. Work gives me structure,” said Close.

Upon her return to the University of Florida, her clinic manager told Close to leave: “She told me to go to my office. She told me to do something else. At first, I was irate. I deemed myself ready to work.”

Close struggled to accept her colleague’s help ― only to learn they saw something she did not. She explains: “As I walked back to my office, I found myself grumbling that I was a very strong person and I was really ready to work. I was then surprised that I started to cry. And it was not subtle. I did not make it to my office before the big messy cry that I told myself I did not need finally came pouring out. The clinic manager was right ― I was not ready that day. I was so thankful that I had been honest enough to share my recent tragedy and that my colleagues had taken a strong hand in helping.”

Close told the ASCO audience that conventional wisdom argues against such emotional boundary crossing in the workplace. “We aren’t supposed to mix our personal and work lives. We are not supposed to show weakness, as it may be a sign that we cannot be a great leader, clinician, oncologist, or researcher.”

But some time ago, a male colleague surprised Close by answering the social convention of “How are you?” with bald honesty. “I’m not so good ― I enrolled my mom in hospice this weekend,” said the man, who was a few years her senior, a member of a different division at the institution and not a confidant of any kind.

“Normally when I ask someone that question, they say, ‘Fine,’ and I often do the same,” said Close, adding that the answer is often “a little white lie repeated over and over again.”

In these “very strange times” of a pandemic, the opportunities to bear witness to colleagues’ lives may take more effort, she says.

The pandemic has also led to a “staggering” increase in depression and anxiety in the United States that is related to COVID-19 and its consequences, according to a July report from Mental Health America, a nonprofit. In an ongoing epidemic of its own, many healthcare professionals are under duress, with more than 40% of most physician specialists reporting burnout, according to the Medscape National Burnout and Suicide Report 2020.

At the end of her talk, Close issued a challenge to her virtual audience: “It may take an extra phone call or a request for a mealtime Zoom. Then it takes the strength to answer: ‘How are you?’ “

Nick Mulcahy is an award-winning senior journalist for Medscape. He previously freelanced for HealthDay and MedPageToday and had bylines in WashingtonPost.com, MSNBC, and Yahoo. Email: nmulcahy@medscape.net and on Twitter: @MulcahyNick.