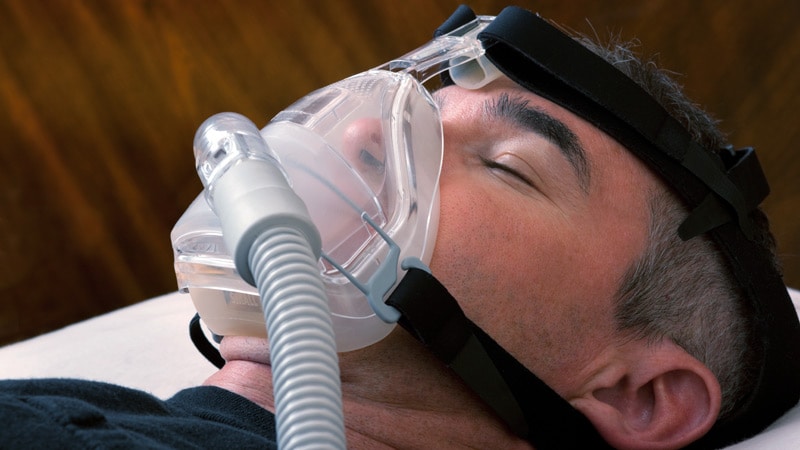 Middle-aged individuals who have sleep apnea or who get 9 or more hours of sleep at night have more than double the risk of developing Alzheimer’s Disease (AD) within about 6 years, new research suggests.

A UK Biobank study of more than 500,000 individuals also showed that excessive daytime sleepiness was associated with increased risk for AD.

The findings were presented here at the Alzheimer’s Association International Conference (AAIC) 2020, which was held online this year because of the COVID-19 pandemic.

Sleep disturbances are common and on the rise around the world. In recent years, researchers have become increasingly aware of the intricate link between sleep health and brain health, Gao noted.

The current study included 502,538 individuals from the UK Biobank (mean age, 57 years) who were free from AD at baseline. They were followed for up to 12 years.

Over the course of a mean follow-up of 6.4 years, 932 participants developed AD.

“In fact, all three sleep traits remained associated with AD within the same model, suggesting some degree of independence,” he said.

Interestingly, snoring, which is a common symptom of sleep apnea, was not linked to AD risk.

The “vast majority” of people who snore don’t meet criteria for a diagnosis of sleep apnea, which was particularly true for this large cohort of relatively healthy study participants, Gao noted.

He added that, as an anesthesiologist, he is particularly wary if patients have this condition, “given their increased risk for airway difficulties, adverse cardiac events, post-operative respiratory complications, and confusion or delirium, which is also associated with higher risk for eventual AD and death.”

These multisystemic factors may be driving the link to AD. “We certainly need to address this better as the population ages and obesity rates rise,” Gao said.

No Association With Napping

Unlike another of Gao’s studies that was conducted in a much older population, napping was not a risk factor for AD in the current study’s younger participants.

It could be that the impacts of different sleep traits on health outcome change with age, Gao said, or this could represent a limitation of using self-reported sleep measures as opposed to objective and/or quantitative measures, such as actigraphy.

The reasons for napping, which differ around the world with the habit being common in certain parts, may also help explain differences in observed associations.

Although the investigators tried to control for comorbidities and medication use, there “most certainly” could be a reverse causation at work. For example, sleeping too much could be both a cause and a symptom of dementia, Gao said.

He noted that sleep disturbances often become more prevalent with dementia, and sleeping too much or complaining of daytime sleepiness may be a result of preclinical AD.

Even if there is a reverse causation, however, the average time to AD diagnosis was over 6 years in this study. “This may be a significant window of time to intervene,” Gao said.

To improve sleep health, he recommends going to bed and waking at similar times every day, avoiding caffeine or alcohol close to bedtime, limiting screen time before bed, dimming lights, and reducing noise.

It’s also important to have sleep apnea treated. “While more studies are needed, it’s generally believed that addressing the pauses in breathing, the apnea episodes, will help reduce cardiovascular health risks such as obesity, high blood pressure and heart failure. All are known to be strongly linked to dementia risk,” Gao said.

Results from an assessment of 100,000 actigraphy records from a subset of the same population are expected soon and will add objective confirmation of these self-reported results, he added.

“Another strength of the study was that it included a population-based sample as opposed to one from a memory or sleep clinic where people already have symptoms or are already sick,” said Ramos, who was not involved with the research.

In addition, while most studies that have linked sleep disturbances with dementia risk have been in older adults, this study’s population was middle-aged to start out, he noted.

Gao and Ramos have reported no relevant financial relationships. Although Gao’s lab receives funding from the National Institutes of Health, the BrightFocus Foundation, the University of Manchester, the Medical Biodynamics Program, BWH, and the Broad Institute, the study itself does not have its own specific funding, Gao reported.