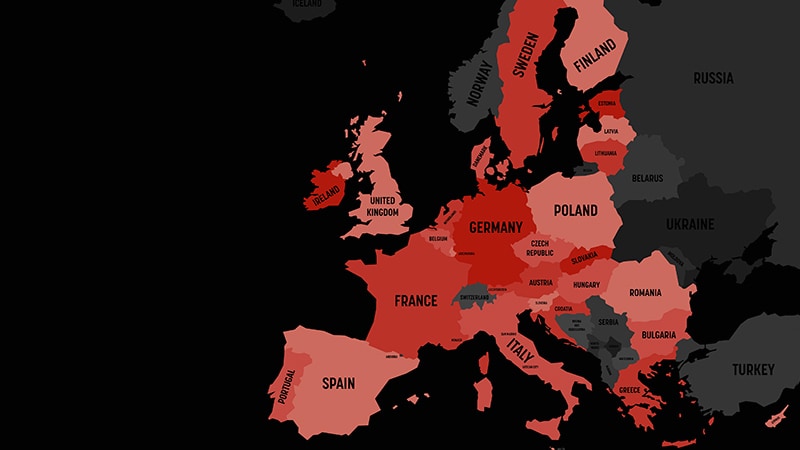 Before patients with cancer begin treatment with intravenous fluorouracil and related drugs, they should be tested for lack of the enzyme dihydropyrimidine dehydrogenase (DPD), says an EU panel.

This enzyme is involved in the metabolism of fluorouracil, as well as the related drugs capecitabine (Xeloda, Genentech) and tegafur, which are converted to fluorouracil in the body. Patients who lack this enzyme may end up with increased blood levels of the drug, leading to toxicity, and even death, as previously reported by Medscape Medical News.

However, an exception has been made for the related drug flucytosine (Ancobon, Valeant Pharmaceuticals), which is also converted to fluorouracil after administration, because it is not used in cancer treatment but in the treatment of severe fungal infections. Pretreatment DPD testing in this case is not required so as not to delay the initiation of treatment.

The new recommendation comes from the Committee for Medicinal Products for Human Use (CHMP) of the European Medicines Agency (EMA).

The current guidance mirrors that of the EMA’s safety body, the Pharmacovigilance Risk Assessment Committee (PRAC), which issued the same recommendation 2 months ago.

As previously reported by Medscape Medical News, the EMA began a review last year to assess the need for screening prior to treatment initiation. This review was conducted following several high-profile cases of treatment-related fatal reactions and in response to a request by the French National Agency for Medicines and Health Products Safety (ANSM).

The PRAC recommendations were then sent to the CHMP, which subsequently adopted PRAC’s opinion. The CHMP opinion will now be forwarded to the European Commission, which, after its own review, will issue a final legally binding decision applicable in all EU Member States.

The EMA notes that a significant proportion of the general population has a deficiency of DPD, which is needed to break down fluorouracil and the other related drugs. If DPD is deficient, fluorouracil can build up in the blood and lead to severe and life-threatening side effects such as neutropenia, neurotoxicity severe diarrhea, and stomatitis.

Up to 9% of the white population have low levels of a working DPD enzyme, but only about 0.5% completely lack the enzyme, according to the review. Therefore, phenotype and/or genotype testing is recommended before initiating treatment with fluoropyrimidines.

For patients who have a full DPD deficiency, treatment with fluorouracil-, capecitabine-, or tegafur-containing medicines is contraindicated. Those with a partial deficiency may be able to tolerate treatment, but it should begin with a reduced dose, the agency notes.

The review also points out that these recommendations only apply to fluorouracil drugs that are administered systemically by intravenous or injection or orally, and it does not apply to topical use. These medicines are used for skin conditions such as actinic keratosis and warts, and only very low levels are absorbed through the skin.

While pre-treatment testing for DPD deficiency is not required for flucytosine, its use is contraindicated in patients who have a known complete DPD deficiency. If a patient does experience a drug-related toxicity, “consideration” should be given to stopping treatment with flucytosine, and determination of DPD activity may be considered in cases where drug toxicity is confirmed or suspected, the agency notes.

The families of four patients who died in France as a result of fluorouracil toxicity have filed lawsuits against health authorities because testing was not carried out before treatment was initiated. They argue that pre-treatment testing could have potentially saved the lives of those patients.

However, not everyone agrees that every patient who will be put on a regimen with any of these agents should be tested, and there does not appear to be a global consensus on this issue.

For example, two experts in the United Kingdom, offer opposing views. In his Medscape video commentary, David Kerr, MD, professor of cancer medicine at the Oxford Cancer and Haematology Centre in Oxford, England, argues for germline testing for DPD deficiency, but in another video commentary, Karol Sikora, MD, professor of cancer medicine at the University of Buckingham, London, England, argues against routine testing at this time.

Experts in the United States also are not convinced that routine testing is needed, at least the few who were approached last year by Medscape Medical News. One pointed out that as these drugs are widely used in cancer treatment, it would be difficult to provide testing for all patients. There are about 300,000 cases in the US every year where one of these agents is used upfront, and there would not be sufficient time or laboratories to test all patients slated for treatment.

Another argument is that as deficiency is relatively rare and the incidence of truly life-threatening fluorouracil toxicity remains very low, the need for routine testing remains questionable. Thus, DPD deficiency testing is not considered standard practice in the US, although some physicians do test their patients.