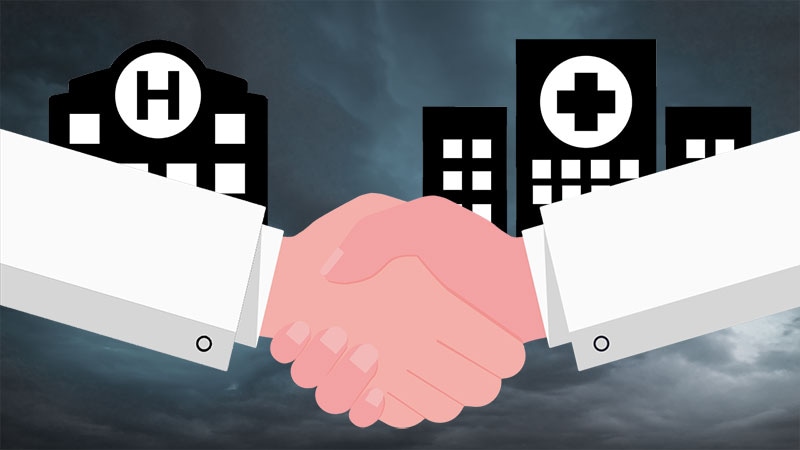 The dispute over a plan to merge Rutgers University’s two medical schools in New Jersey has intensified with two new developments.

One is a letter to New Jersey Governor Philip Murphy and other elected officials from a union that represents 1500 faculty at the medical schools decrying the merger. The other is a heated commentary written by Newark Mayor Ras Baraka calling the plan a “takeover” that lacks transparency.

The draft of the union’s letter, shared with Medscape Medical News, says a merger is premature. It acknowledges that there are theoretical benefits to the plan but states that faculty do not support it at this time.

Diomedes Tsitouras, executive director of the Biomedical and Health Sciences of New Jersey chapter of the American Association of University Professors (AAUP), told Medscape Medical News the letter will be sent to the governor and other elected officials today.

Earlier this month, Mayor Baraka blasted the planned merger in a commentary published in nj.com. “I strongly and wholeheartedly oppose what is only an unregulated and premeditated takeover that will leave Newark residents without critical resources,” he writes.

New School Would Be One of the Largest

The merger of the public, state-funded institutions started to inch forward in February.

The schools’ umbrella organization is Rutgers Biomedical and Health Services (RBHS), which coordinates the direction for eight Rutgers schools, including both medical schools. A merger could make the resulting school one of the largest medical schools in the United States, as each school currently has about 700 students.

According to a January 31 letter to the university senate from RBHS Chancellor Brian Strom, MD, MPH, the merged school would tentatively be called “Rutgers Medical School.”

In the letter, Strom suggests that combining the schools would enable Rutgers to attract more research funding, scientific expertise, students, healthcare employers, and other partners.

He pointed out that Rutgers is one of only five universities with two medical schools. In the case of the other four, he said, the schools are hundreds of miles apart.

“Further, this separation hurts our national rankings substantially, since our grant portfolio, a large part of the ranking, is divided between the schools,” Strom wrote.

However, in his commentary, Newark Mayor Baraka points to concerns about logistics and transparency, stating, “It is insultingly and dishonestly being referred to as a merger by the few that support it.”

Among his charges are that University Hospital could take the brunt of losses from the merger. The facility, connected with NJMS, is a 500-bed teaching hospital and the only public, acute-care hospital in the state. Baraka suggests that “detrimental impacts” of the proposed merger would exacerbate healthcare disparities for the region’s most vulnerable populations. “This proposed takeover is one of the ways that systemic racism rears its ugly head,” he writes.

The mayor also pointed to a lack of oversight in the process. “I find it extremely troubling that an arrangement of this magnitude that will have an impact over taxpayer dollars for many years to come will not be governed by any state laws and regulations nor is there any impact analysis or assessment that shows how the deal will impact education, tuition, training, essential services and the workforce.”

He asks, “Where are the public hearings?”

John Cramer, director of public and media relations for Rutgers University, told Medscape Medical News in a statement, “While we understand the mayor’s passion, we believe that he has not been fully informed of the benefits of consolidating the medical schools in Newark. We look forward to discussing those benefits and our commitment to further improving the quality of health care in Newark with him.”

Cramer declined to elaborate on the presumed benefits of consolidation or answer specific questions about the merger asked by Medscape Medical News.

Next Move is up to the University Senate

Thus far, the evaluation of the merger plan is centered within the university senate.

In his letter to the university senate, Strom stated that no final decision to merge has been made, but he asked for the senate’s input before faculty committees are appointed to look into the mechanics of a plan.

The January letter states, “My request to the senate is to approve the merger now, with the explicit recognition that we are continuing a process where the end result may be the integration of RWJMS and NJMS into a single accredited school.”

Strom offered to periodically update the senate on progress.

He acknowledged that the final decision on whether to merge — after university senate review and work by the faculty to set it up — would lie with the Liaison Committee on Medical Education (LCME), a Washington, DC-based accrediting body.

So far, however, few details have been shared regarding how staff, resources, and clinical positions would be allocated in a merger or what efforts would be made to preserve agreements made years ago between NJMS and University Hospital to make sure Newark-area citizens retain good access to healthcare, AAUP’s Tsitouras said.

“The university senate has asked for those kinds of specifics, and they’re just not there,” he said.

Tsitouras said if more access to research dollars is the goal, the predicted effects of the merger are unclear. On one hand, there would be a bigger entity with more potential power to draw in funding sources; on the other, having one school might mean only one chance to get a particular grant instead of the current two chances the existing schools have.

But the most egregious problem with the proposal is the lack of a formal process to vet it, says Tsitouras.

“Every kind of major change that’s happened to a medical school in the last hundred years has had legislative and gubernatorial involvement,” he said, noting that such steps have been missing from this process.

Tsitouras also said the push to merge the schools at this time is adding undue stress amid the upheaval already brought about by COVID-19.

Committee Studying Consolidation Made No Recommendation

In January 2019, Strom gathered a small committee called the Future of Academic Medicine (FAM) to study the proposed merger and “to think broadly and boldly about how best we can provide medical education to our students and to contemplate change that would be ground-breaking and not incremental.”

He asked the committee to consider a continuum from partial to full integration of the schools.

A year later, the committee did not recommend one option over another in its report. However, it issued a framework for moving ahead:

“A merger of the two medical schools with co-equal campuses should only be undertaken if it results in a bold and transformational change, significant investment in both schools is provided, and it includes open and multifaceted communication, cooperation and collaboration at every level. Given its uniqueness, we recommend consultation with the LCME on an ongoing basis,” report authors wrote

Yet, Tsitouras said the process is being rushed ahead without support from most faculty.

“The RBHS Faculty Council voted unanimously against the idea [and] the faculty organization at NJMS did their own survey and 64% of faculty were against any kind of merger,” he wrote in the draft of the letter to the governor.

Faculty worry that positions could be eliminated or tenure could be targeted. Tsitouras said there are also worries that resources from University Hospital, which is not part of Rutgers, could be shifted to more lucrative settings within RWJ Barnabas Health under the recently forged public-private partnership.

“One reason for the lack of support may be because replacing the separate curricula of NJMS and RWJMS with a new single curriculum [will be] a substantial and time-consuming challenge for our faculty that is unlikely to improve our current teaching effort and could also have an adverse effect on the upcoming accreditation review of NJMS,” the union’s letter to the governor states.

In an interview with Medscape Medical News, Tsitouras also described the culture at the medical schools as “one of silence and fear, where you don’t question anything, and if you do, you’ll be retaliated against.”

Multiple faculty members at the medical schools and other key figures, including some at the New Jersey Hospital Association, did not respond to Medscape’s request for comment.

“There are these conflicts built in,” he said. “That’s the kind of a mess we’ve been in.”

AAUP isn’t the only union expressing concern about the proposed merger. The Health Professionals and Allied Employees (HPAE), the state’s largest union of healthcare professionals, representing 13,000 nurses and healthcare workers, also opposes it.

Like Baraka, she pointed to a lack of transparency in the process, saying the merger of public medical schools should happen only through legislative and regulatory bodies. She believes Rutgers is bypassing that process.

She writes that Strom has not asked for input from residents, interns, and fellows on the campus in Newark.

“With a centralized system for allocating these positions there may be greater incentive to reallocate residents away from University Hospital and into more suburban hospitals to support physicians that generate higher revenues from a more lucrative payer mix,” she wrote.

“We urge for the swift passage of legislation or regulations be put in place that will restrict Rutgers University from unilaterally moving or displacing residents, interns and fellows, clinical services, and faculty to other hospitals, regardless of the financial motivations for doing so,” she writes.

Tsitouras and Cramer declared no relevant financial relationships beyond their employment.

Marcia Frellick is a freelance journalist based in Chicago. She has previously written for the Chicago Tribune, Science News and Nurse.com and was an editor at the Chicago Sun-Times, the Cincinnati Enquirer, and the St. Cloud (Minnesota) Times. Follow her on Twitter at @mfrellick.