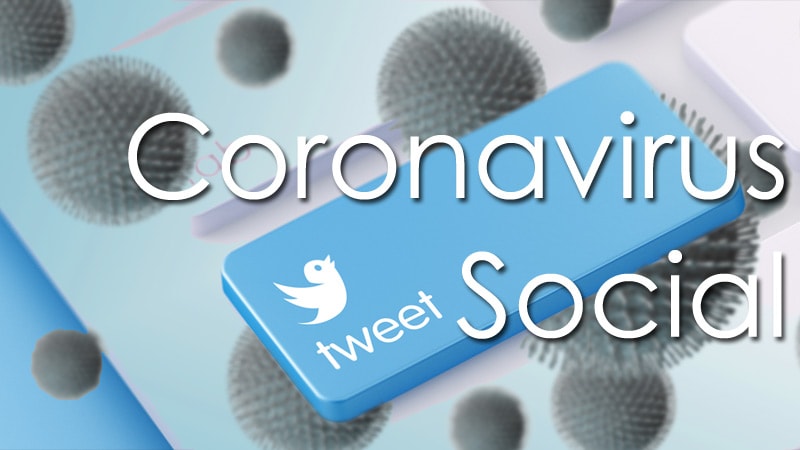 A local mask-wearing campaign, objections to a hospitals name, and a conspiracy theory video takedown are three of the biggest social media stories related to medicine so far this week.

With more than 440,000 cases and 6000 deaths from coronavirus in Florida, the governor has resisted making masks mandatory in public. Enter the Florida Medical Association (FMA) to fill the void.

The association has launched its #TakeItFromADoctor campaign on Twitter and YouTube, which is aimed at getting all Floridians to practice social distancing and wear a mask.

Floridians #TakeItFromADoctor: we will not stop the spread unless we ALL WEAR a MASK and practice SOCIAL DISTANCING! #WearAMask to Save a Life. https://t.co/naFHV3xK3r #WearAMaskFL pic.twitter.com/A2IbMpDsP1

“The goal of the FMA through this campaign is to significantly reduce the spread of COVID-19 by encouraging all Floridians to accept the scientific fact that universal masking greatly reduces the spread of viral particles,” Jeff Scott, FMA spokesman, told Medscape Medical News. “We hope that this campaign will result in greater acceptance of the CDC guidelines and a significant increase in mask usage. We aim to protect the health and safety of all Floridians.”

Although Scott said the campaign has been well received and many municipalities have put local mask orders in place, there is still some strong political opposition to mask wearing in the sunshine state. For example, Orange County Republican Chair Charles Hart recently posted on Facebook that Orange County’s mask mandate is “#LiberalPrivlege again to rob Orange County of our dignity and freedom….”

But Scott countered resistance to mask wearing, saying, “Physicians are dealing first hand with the devastating effects of the virus, and are committed to doing everything possible to stop the spread. The science is clear, masking helps save lives, and FMA members strongly support this message.”

Add objections to a hospital’s name to the growing list of grievances against social media giant Facebook and its founder, Mark Zuckerberg.

According to a recent article on arstechnica.com, the San Francisco Board of Supervisors is pushing back against a 2015 hospital name change from “San Francisco General Hospital and Trauma Center” to “The Priscilla and Mark Zuckerberg San Francisco General Hospital and Trauma Center.” San Francisco city officials said last week that they are considering condemning the renaming and introducing a resolution to establish clear rules on naming rights that reflect the city’s “values and a commitment to affirming and upholding human rights, dignity, and social and racial justice.”

Hospital staff have offered strong support for dropping the Zuckerberg name. They’ve been campaigning against it since it was christened in 2015 following a $75 million donation from the Facebook CEO and his wife, Priscilla Chan, a pediatrician who used to work at the hospital. Over the years, they’ve written op-eds in local papers, signed petitions, passed out buttons reading “Zuck off,” and circulated letters expressing concern over being associated with Facebook and all its controversies, the Ars Technica article states. In 2018, nurses covered up the Zuckerberg name on the hospital’s entrance sign with blue tape.

Despite protests, the hospital administration admits there is probably little it can do about a name change in the near future. When the city board of supervisors adopted the new moniker, they noted that it should remain in place for at least 50 years. It’s unclear what, if anything, can be done to reverse that decision.

Social media users weighed in with opinions about the controversy, especially on Reddit, where a discussion of the Ars Technica article sparked a busy thread in the r/technology with over 1100 comments. One Redditor remarked, ” ‘Mark Zuckerberg Trauma Center’ sounds like another name for Facebook.”

Social media sites are finally making good on their promise to banish coronavirus misinformation from their sites.

On Monday, the ultraconservative media outlet Breitbart published a clip of a staged press conference in front of the US Supreme Court in Washington, DC, hosted by men and women dressed in white lab coats who referred to themselves as “America’s frontline doctors.” In the video, the group made the false claim that hydroxychloroquine cures COVID and that masks are not effective in protecting against the virus, despite a growing body of evidence suggesting they are.

The president of the United States tweeted several versions of the video before it was finally removed from all major social media platforms, including Facebook, Twitter, and YouTube. But, as The New York Times tech columnist Kevin Roose noted, by the time of the takedown, it had already become the number two most-engaged post on Facebook for the day, garnering 14 million views in 6 hours.

The #2 most-engaged post on Facebook today is a Breitbart video of a group of doctors claiming that hydroxychloroquine is "a cure for Covid" and "you don't need a mask."

On Twitter, the hashtag #hydroxychloroquineworks moved to the top of the trending list, though Twitter challenged the hashtag by adding a note under the topic tab stating that the drug “is not an effective treatment for COVID-19, according to the FDA.”

The president’s son, Donald Trump, Jr, amplified the reach of the video by tweeting it several times and urging his followers to watch it. Twitter confirmed on Tuesday that it was partially suspending Trump Jr’s account for 12 hours, which meant he was temporarily unable to send tweets, retweet posts, follow users, or like messages. It also required him to remove the post before his account could be reinstated.

The social media platform cited a policy that requires “the removal of content that may pose a risk to people’s health, including content that goes directly against guidance from authoritative sources of global and local public health information.”

Liz Neporent is Medscape’s executive editor of social media and community. She has previously worked at ABC News National as well as other major news outlets. She’s based in New York City and can be reached at lneporent@medscape.net or @lizzyfit on Twitter.