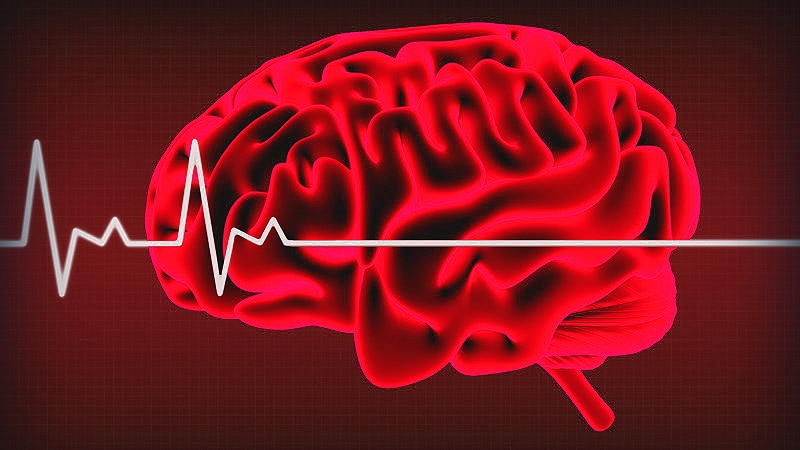 A group of experts representing various international professional societies has drafted a consensus statement on the determination of brain death or death by neurologic criteria (BD/DNC).

The document, a result of the World Brain Death Project, surveys the clinical aspects of this determination, such as clinical testing, apnea testing, and the number of examinations required, as well as its social and legal aspects, including documentation, qualifications for making the determination, and religious attitudes toward BD/DNC.

The recommendations are the minimum criteria for BD/DNC, and countries and professional societies may choose to adopt stricter criteria, the authors note. Seventeen supplements to the consensus statement contain detailed reports on topics the statement examines, including focuses on both adults and children.

“Perhaps the most important points of this project are, first, to show the worldwide acceptance of the concept of BD/DNC and what the minimum requirements are for BD/DNC,” corresponding author Gene Sung, MD, MPH, director of the neurocritical care and stroke division at the University of Southern California in Los Angeles, told Medscape Medical News.

Second, “this standard is centered around a clinical determination without the need for other testing,” Sung said.

The consensus document and supplements were published online August 3 in the Journal of the American Medical Association.

A lack of rigor has led to many differences in the determination of BD/DNC, said Sung.

“Some of the variance that is common are the numbers of exams and examiners that are required and whether ancillary tests are required for determination of BD/DNC. In addition, a lot of guidelines and protocols that are in use are not thorough in detailing how to do the examinations and what to do in different circumstances,” he noted.

Professional societies such as the World Federation of Intensive and Critical Care recruited experts in BD/DNC to develop recommendations, which were based on relevant articles that they identified during a literature search.

“We wanted to develop a fairly comprehensive document that, along with the 17 supplements, builds a foundation to show how to determine BD/DNC — what the minimum clinical criteria needed are and what to do in special circumstances,” Sung said.

Major sections of the statement include recommendations for the minimum clinical standards for the determination of BD/DNC in adults and children.

Determination must begin by establishing that the patient has sustained an irreversible brain injury that resulted in the loss of all brain function, according to the authors. Confounders such as pharmacologic paralysis and the effect of CNS depressant medications should be ruled out.

In addition, clinical evaluation must include an assessment for coma and an evaluation for brainstem areflexia. Among other criteria, the pupils should be fixed and nonresponsive to light, the face should not move in response to noxious cranial stimulation, and the gag and cough reflexes should be absent. Apnea testing is recommended to evaluate the responsiveness of respiratory centers in the medulla.

Although the definition of BD/DNC is the same in children as in adults, less evidence is available for the determination of BD/DNC in the very young. The authors thus advise a cautious approach to the evaluation of infants and younger children.

The consensus statement also reviews ancillary testing, which the authors recommend be required when the minimum clinical examination, including the apnea test, cannot be completed and when it is in the presence of confounding conditions that cannot be resolved.

The authors recommend digital subtraction angiography, radionuclide studies, and transcranial Doppler ultrasonography as ancillary tests based on blood flow in the brain. However, they suggest CT angiography and magnetic resonance angiography not be used.

A lack of guidance makes performing an apnea test in patients receiving extracorporeal membrane oxygenation (ECMO) challenging, according to the authors. Nevertheless, they recommend that the same principles of BD/DNC be applied to adults and children receiving ECMO.

They further recommend a period of preoxygenation before the apnea test, and the document describes in detail the method for administering this test to people receiving ECMO.

Another potentially challenging situation pointed out in the consensus document is the determination of BD/DNC in patients who have been treated with targeted temperature management. Therapeutic hypothermia, particularly if it is preceded or accompanied by sedation, can temporarily impair brainstem reflexes, thus mimicking BD/DNC.

The new document includes a flowchart and step-by-step recommendations as well as suggestions for determining BD/DNC under these circumstances.

Among document limitations acknowledged by the authors is the lack of high-quality data from randomized controlled trials on which to base their recommendations.

In addition, economic, technological, or personnel limitations may reduce the available options for ancillary testing, they add. Also, the recommendations do not incorporate contributions from patients or social or religious groups, although the authors were mindful of their concerns.

To promote the national and international harmonization of BD/DNC criteria, “medical societies and countries can evaluate their own policies in relation to this document and fix any deficiencies,” Sung said.

“Many countries do not have any BD/DNC policies and can use the documents from this project to create their own. There may need to be discussions with legal, governmental, religious, and societal leaders to help understand and accept BD/DNC and to help enact policies in different communities,” he added.

The determination of death is not simply a scientific question, but also a philosophical, religious, and cultural question, write Robert D. Truog, MD, director of the Harvard Center for Bioethics in Boston, Massachusetts, and colleagues in an accompanying editorial.

Future research should consider cultural differences over these questions, they add.

“Most important is that there be a clear and logical consistency between the definition of death and the tests that are used to diagnose it,” Truog told Medscape Medical News.

The concept of whole brain death was advanced as an equivalent to biological death, “such that when the brain dies, the body literally disintegrates, just as it does after cardiac arrest,” but evidence indicates that this claim is untrue, Truog said. Current tests also do not diagnose the death of the whole brain, he added.

Another hypothesis is that brainstem death represents the irreversible loss of consciousness and the capacity for spontaneous respiration.

“Instead of focusing on biology, [this definition] focuses on values and is based on the claim that when a person is in a state of irreversible apneic unconsciousness, we may consider them to be dead,” said Truog. He and his co-editorialists argue that the concept of whole brain death should be replaced with that of brainstem death.

“This report should be a call for our profession, as well as for federal and state lawmakers, to reform our laws so that they are consistent with our diagnostic criteria,” Truog said.

“The most straightforward way of doing this would be to change US law and adopt the British standard of brainstem death, and then refine our testing to make the diagnosis of irreversible apneic unconsciousness as reliable and safe as possible,” he concluded.

The drafting of the consensus statement was not supported by outside funding. Sung has reported no relevant financial relationships. Truog has reported receiving compensation from Sanofi and Covance for participating in data and safety monitoring boards unrelated to the consensus document.