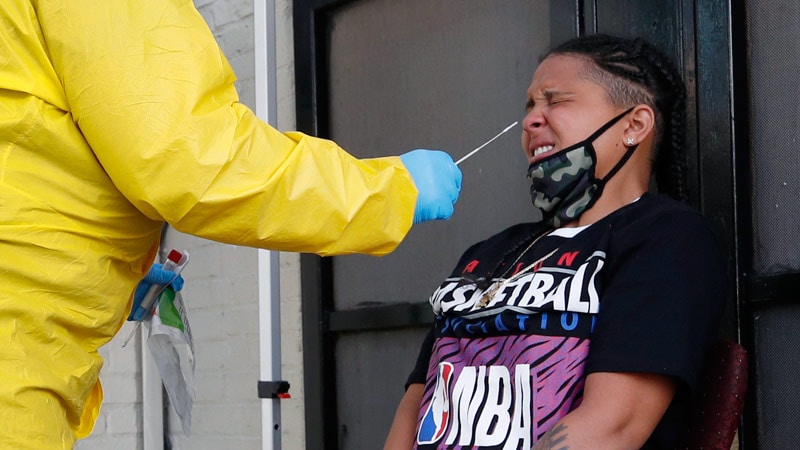 The US Centers for Disease Control and Prevention (CDC) is preparing guidance that will urge against repeated diagnostic testing for SARS-CoV-2 in individuals who have been infected and have had a resolution of symptoms.

“We need to decrease unnecessary testing,” said Admiral Brett P. Giroir, MD, assistant secretary for health at the US Department of Health and Human Services, on a call with reporters. If someone has had COVID-19, it is not necessary “to be re-tested to prove that you’re no longer positive,” said Giroir.

The CDC had recommended initially that cruise ship passengers or those under quarantine have two negative tests 24 hours apart to be able to leave quarantine, said Giroir.

But the science has advanced, and “we know that is no longer necessary,” he said, adding that the CDC is close to making its new recommendation public.

“We know that if you are 10 days since the onset of your symptoms and at least 3 days [asymptomatic], and that may actually go down in the future, but 3 days asymptomatic, you are no longer contagious,” Giroir said.

He added that some individuals are being tested three or six times, which is not necessary, at least for the average individual who has been isolating at home.

Repeat testing will still be recommended for the critically ill and individuals with immunosuppression or immune deficiencies, said Giroir. People who fall into a grey area will need to consult with their clinicians, he said.

The repeat tests are “clogging up the system,” Giroir said. He also added that they can be a “disservice” to some people, as they might stay out of work longer if they continue to test positive when they are no longer infectious.

When asked whether the forthcoming CDC guidance is a means of preserving test supplies and capacity, Giroir took issue, and said he “didn’t like the implications” of the question.

The CDC recommendation will be based on medical science, and is “not a result of shortages,” said Giroir.

Repeat testing is not medically necessary, he said: “If we thought it was necessary to re-test people we would say so.”

Alicia Ault is a Lutherville, Maryland-based freelance journalist whose work has appeared in publications including Smithsonian.com, the New York Times, and the Washington Post. You can find her on Twitter @aliciaault.