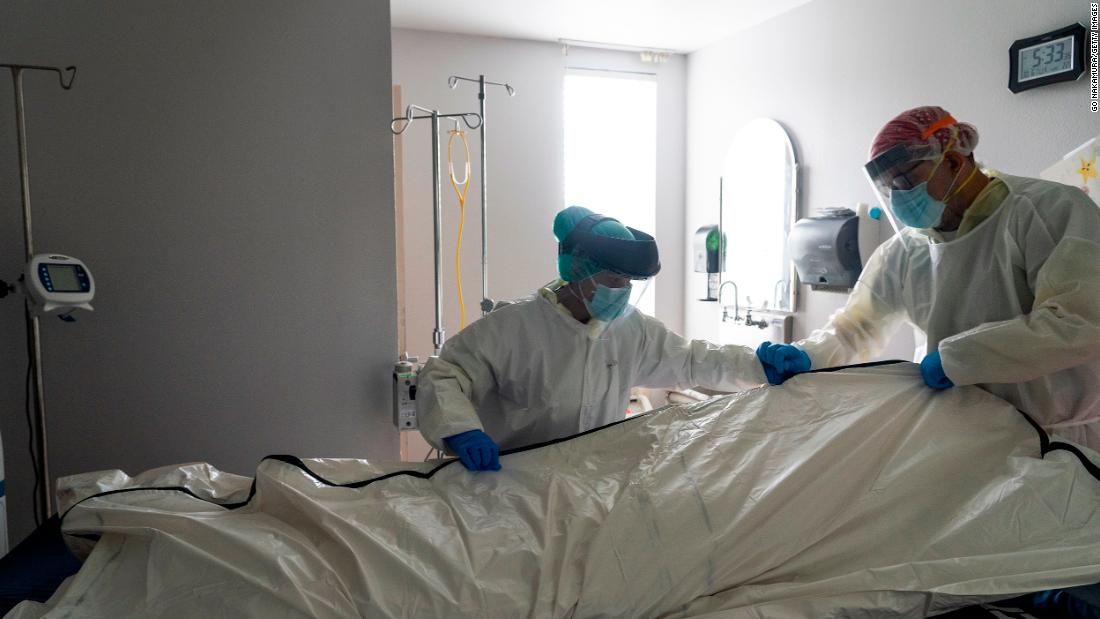 Health, Fitness & Food
Share on Facebook
Share on Twitter
Share on Pinterest
Share on LinkedIn
“We’re certainly not winning the battle against coronavirus,” Dr. Francis Collins, the director of the National Institutes of Health, told CNN’s Wolf Blitzer Friday.
Currently, more than 3.6 million people in the country have been infected with the virus and 139,266 people have died, according to data from Johns Hopkins University. By August 8, an ensemble forecast published by the US Centers for Disease Control and Prevention projects that the death toll will exceed 157,000. The previous forecast, published July 9, projected roughly 147,000 coronavirus deaths by August 1.
“The jurisdictions with the greatest likelihood of a larger number of deaths include: Arizona, Florida, Idaho, Montana, Oklahoma, South Carolina, Tennessee, Texas, Utah, the Virgin Islands, and West Virginia,” the CDC said on its forecasting website.
In Florida, Broward County is curtailing parties and social gatherings by implementing a nightly curfew, Mayor Dale Holness told reporters. He cited climbing cases, hospitalizations, and diminishing ICU availability as motivation for the decision.
And though the projection for the future looks bleak, Collins said the nation has gotten on top of the virus before and can do it again, if the public finds the motivation again.
“We shouldn’t feel hopeless here and we know what works,” Collins said. “We know that if we could, as Americans, agree to take those recommendations to heart, that we would keep our masks on when we’re outside, we’d stay more than six feet apart from each other and we would avoid indoor gatherings where there’s a big chance of spread, we wash our hands and all that, then we could implement what we know has worked,” he said.

Local and state leaders have responded to the guidance to wear face coverings to prevent the spread of the virus with both support and opposition.
Science shows that face masks protect the wearer and those around them from coronavirus, and everyone should wear one when around others in public, the CDC said Tuesday.
At least 39 states as well as Washington, DC and Puerto Rico have implemented some type of face mask requirement.
But in Georgia — which is among the 18 states in the coronavirus “red zone” that should roll back reopening measures, according to an unpublished document prepared for the White House — the governor has clashed with mayors on such restrictions.
Georgia Gov. Brian Kemp sued Atlanta Mayor Keisha Lance Bottoms on Thursday over her efforts to require face masks in public places. Several other mayors say they are prohibited from enacting the mask requirements supported by their residents because of on order from Kemp.
And in Utah, a public meeting about a mask policy was abruptly canceled when people without face coverings packed the room. The crowd booed when it was called off.
“This is the exact opposite of what we need to be doing,” Utah County Commissioner Tanner Ainge said at the meeting room in Provo. “We’re supposed to be physically distancing, wearing masks. This gathering violates current health recommendations.”

As the number of cases continues to climb, a Texas health official on Friday asked for help stopping the disease’s spread, citing dozens of infants who have become infected.
“I have been reviewing statistics. We currently have 85 babies, under the age of one year in Nueces County, that have all tested positive for Covid-19,” Corpus Christi – Nueces County Director of Public Health Annette Rodriguez said in a Public Health District meeting. “These babies have not even had their first birthday yet.”
“Please help us stop the spread of this disease,” she added.
Texas has been among the states at the forefront of the recent case resurgence.
After setting a record of 129 deaths in a single day the day before, Texas broke the record Friday with 174 deaths.
The state also reported 10,256 new Covid-19 cases on Friday, bringing the total number of cases in the state to 307,572.

Treatment could be available in months

Though cases are surging, Collins said he’s “optimistic” an “effective treatment” for Covid-19 will be available in two to three months.
“There is a lot of progress in therapeutics,” Collins told Blitzer. “We have two proven drugs — remdesivir and dexamethasone, both proven in rigorous randomized control trials, which is the only way you really know if something works.”
Remdesivir is an antiviral drug that has been shown to reduce the amount of time people are ill with Covid-19. Dexamethasone is a steroid that may reduce the rate of deaths among seriously ill patients.
“I’m optimistic, without being able to be confident completely, that we’ll have something maybe as soon as two or three months from now, in terms of an effective treatment.”
Collins is also optimistic about the development of a successful vaccine by the end of the year.
“The first vaccine trial, as you probably heard, building on very successful preliminary data, will get started around about July 27 all across the southern part of the country where the virus is spreading.”
Collins says if one of the vaccine trials is successful, there will be “tens of millions of doses ready to go by the end of 2020, the end of the calendar year.”