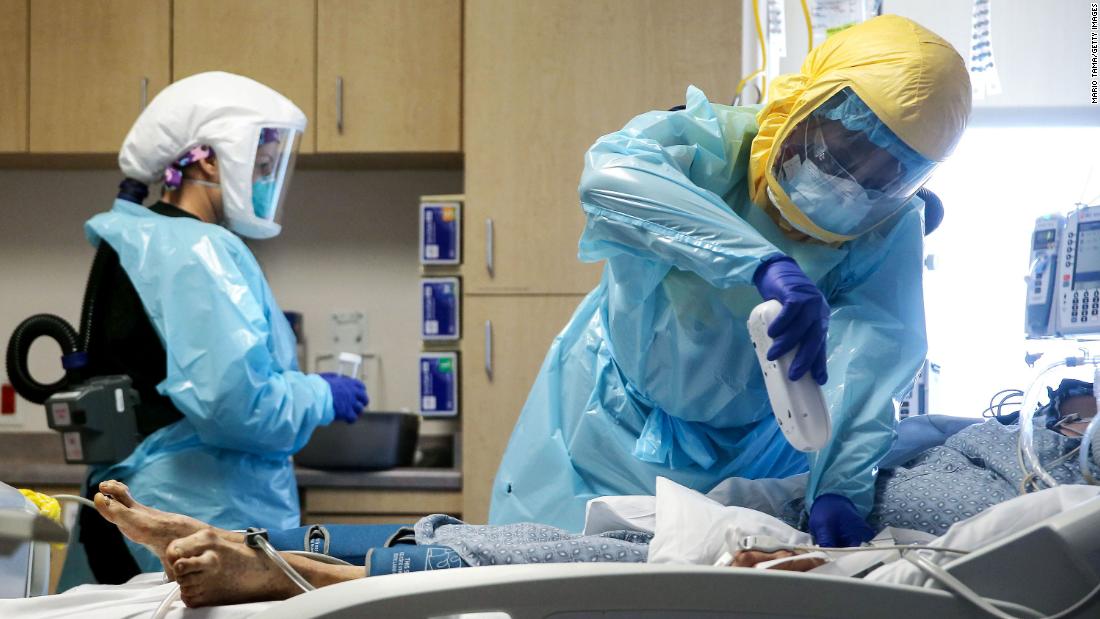 Health, Fitness & Food
Share on Facebook
Share on Twitter
Share on Pinterest
Share on LinkedIn
Fauci’s comments to ABC’s “Good Morning America” echoed fellow White House coronavirus task force member Dr. Deborah Birx, who recently visited those states to warn their numbers were headed the wrong way.
Test positivity rates there have been rising, Fauci said. Tennessee on Monday saw its highest seven-day average of new daily cases, at well over 2,000.
Tennessee’s average was around 750 per day a month ago, according to data from Johns Hopkins University.
“We just can’t afford, yet again, another surge” like that seen in recent weeks in Florida, Texas, Arizona and California, Fauci told ABC.
Wearing masks, social distancing, closing bars where virus spread is high, and washing hands can help turn the tide, he said. He also repeated what he’d recommended in April: Reopen economies in phases, crossing each phase only after seeing cases decrease over 14 days. States largely ignored that advice.
“We would hope that (states) all now rethink at what happens when you don’t adhere to that,” Fauci told “Good Morning America.”
Health officials are urging states to implement stricter measures after weeks of surges in new cases following reopenings that mostly began in May.
Across the US, at least 27 states have paused or rolled back their reopening plans and imposed new restrictions. More than 40 states have some kind of mask requirement.
The efforts may be helping:
• In Arizona, Texas and Florida, which have seen rapid case spread since June, new cases have flattened or slightly decreased recently.
• Monday’s nationwide new case total of 56,336 was the second-lowest in the past 20 days.
• The country’s seven-day average for new cases was 65,083 on Monday, the lowest figure since July 15.
However, deaths and hospitalizations from coronavirus are creeping higher. The seven-day average for daily deaths Monday was 998, the highest since June 2. And the number of daily hospitalizations has been over 57,000 for nearly two weeks, hovering close to the April peak of 59,940.
Live updates on the coronavirus pandemic

States crack down on social gatherings

Birx has said that among the states officials are tracking, there seems to be a “household” pattern of infections that starts with young people, usually less than 30 years old. Those residents, who are usually asymptomatic, then transmit the virus to their parents who then transmit it to other, older residents, she said.
In Mississippi, about 80% of surveyed coronavirus patients said they had attended a social gathering, including funerals and birthday parties, where people weren’t adhering to social distancing. And in New Jersey, health officials said they have seen multiple outbreaks arising from gatherings of young people.
To stem those infections, states have cracked down on settings where people congregate — like bars — and pleaded with younger groups to heed guidelines including wearing masks and social distancing.
In Columbus, Ohio, the city council approved legislation that would require bars and restaurants to close at 10 p.m. each night starting Tuesday.
“Our city like many others across the country are seeing an increase in COVID-19 cases, and there is clear evidence of community spread — especially indoors in places where groups are gathering,” Mayor Andrew Ginther said in a statement. “We’re also seeing a clear increase among younger people, and we know that bars and nightclubs have been the source of outbreaks locally.”
In Kentucky, the governor on Monday announced restaurants’ indoor dining would be restricted to 25% capacity. He also said bars will shut down for two weeks, starting Tuesday, and recommended schools postpone in-person instruction until late August.
“It’s time to do the things that we got to do, given the stage that we’re in, to control this virus,” Gov. Andy Beshear said. “And I know there ended up being questions out there about ‘why didn’t you take this step four weeks ago, or six weeks ago?’ Listen, this virus doesn’t care about our schedules.”
Birx, who visited Tennessee on Monday, said she spoke to Gov. Bill Lee “about the importance of mask mandates.”
“Tennessee stands at that very important moment in time, where their test positivity increased … to greater than 10%,” Birx, the White House coronavirus task force coordinator, said.
Lee said Monday he is against a statewide mask mandate, because “they don’t effectively bring about the wearing of masks as well as other strategies,” though he added “there’s nothing off the table.”
“I’ve also said we’re not going to close the economy back down … but, I appreciate (the task force’s) recommendations and we will … take them seriously,” Lee told reporters.
Track the virus

Despite new restrictions, some local leaders have voiced their opposition to the mandates and others — like sheriffs — have said they won’t be enforcing the rules.
But in Miami and New York, officials have doubled down on enforcement.
New York Gov. Andrew Cuomo said Monday the state had issued at least 132 violations over the weekend to bars and restaurants for not following coronavirus-related policies such as social distancing. Most of them were in New York City, Cuomo said.
Since the state began reopening, at least 40 establishments have had their liquor licenses suspended because of violations, and 10 of those suspensions had happened since Friday, the governor said.
In Florida’s Miami-Dade County — which has reported more coronavirus cases than all but 12 states — police issued over 300 citations in 10 days to people and businesses that weren’t abiding by a local mask order. More than 165 tickets have been issued in the city of Miami alone, Mayor Francis Suarez said Tuesday.
Coronavirus: Your questions, answered

Though health officials are urging precautions like face masks and social distancing to curb the spread of the virus, the country may soon have even more help.
Vaccine maker Moderna started its final stage of a coronavirus vaccine trial in the US Monday, and volunteers from dozens of sites across the country will participate in the study, Fauci said.
About 30,000 adult volunteers are expected to take part in the Phase 3 trial. The first patient was dosed at a site in Savannah, Georgia, on Monday.
Fauci has said that a vaccine likely won’t be widely available to people in the US until “several months” into 2021.
But he told ABC on Tuesday that he hopes that there will be an answer, in the late fall or early winter, about whether the vaccine candidate will work.
“I am cautiously optimistic that as we get into the late fall or early winter, we will have an answer — and I believe it will be positive,” Fauci said Tuesday on “Good Morning America.”
Tal Zaks, Moderna’s chief medical officer, said Tuesday he expects the company’s vaccine candidate to be effective in those at risk of becoming seriously ill or dying from the virus.
“We have an expectation that, elderly people and people with comorbidities, that their immune system is still going to respond to the vaccination,” Zaks said during the Disease Control and Prevention Summit.