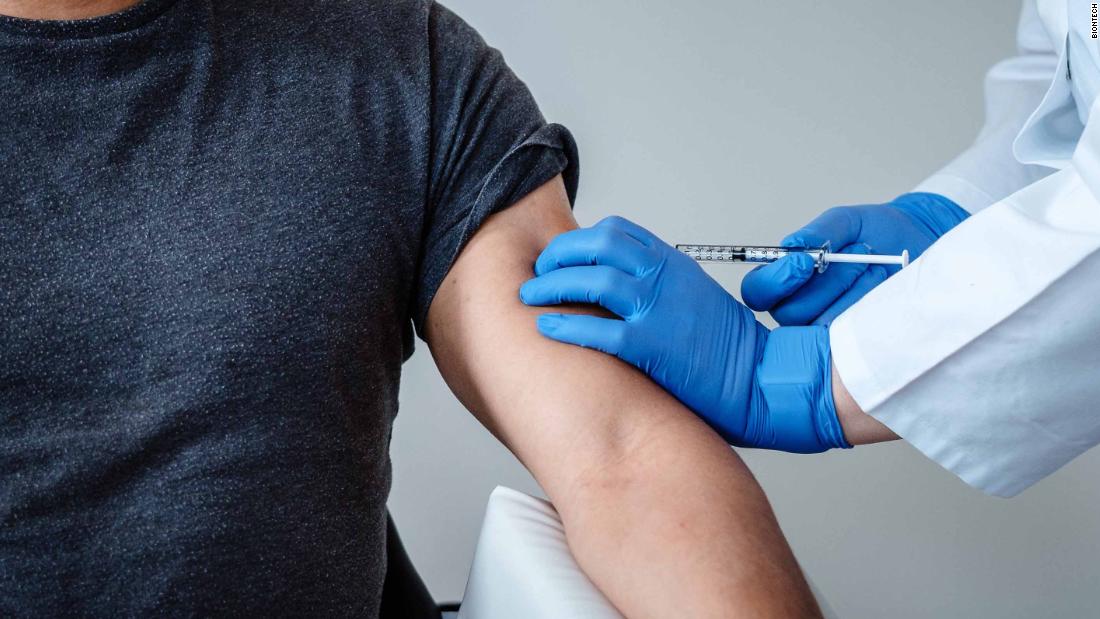 Health, Fitness & Food
Share on Facebook
Share on Twitter
Share on Pinterest
Share on LinkedIn
According to the World Health Organization, there are 18 candidate vaccines in clinical evaluation globally. Researchers at University of Oxford said this week they have vaccinated 8,000 people in the UK as part of a Phase 3 trial.
Yet there are still major hurdles to jump and more work to be done. No vaccines have started their large Phase 3 trials in the United States. On Thursday, an investigator working on the Moderna vaccine candidate said the company’s Phase 3 trial — expected to be the first in the United States — will likely start at the end of the month or the beginning of August, later than had been expected.
“It’s been delayed,” said Dr. Carlos del Rio, an infectious disease expert at Emory University School of Medicine and one of the investigators for the Moderna vaccine.
In mid-June, one of vaccine’s trial centers, the University of Illinois at Chicago, said it expected the trial to start July 9.
“We won’t start until July 27, probably,” del Rio said. “But July 27 would still be absolutely amazing. Even if it happens in early August, that’s still amazing. This is going at a speed no other vaccine has ever gone.”
In May, volunteers who received Moderna’s Covid-19 vaccine had positive early results, developing antibodies against the virus, according to the biotech company, which partnered with the National Institutes of Health to develop the vaccine.
After the delay was reported in STAT, Moderna said on Twitter it “has previously disclosed that the Phase 3 trial of its COVID-19 vaccine candidate MRNA-1273 is expected to begin in July. The trial is still expected to begin in July and we expect to be the first to start a Phase 3 trial.”

Another Covid-19 vaccine candidate being developed by US pharmaceutical company Pfizer and German biotechnology company BioNTech yielded positive data in early tests, according to data released by the companies this week.
The companies shared their preliminary findings on Wednesday in a pre-print paper that shows participants in a Phase 1/2 study of the vaccine, called BNT162b1, responded to the immunization and it was found to be well tolerated. The Phase 1/2 study is ongoing and the data has not yet been published in a peer-reviewed medical journal.
“These clinical findings for the BNT162b1 RNA-based vaccine candidate are encouraging and strongly support accelerated clinical development and at-risk manufacturing to maximize the opportunity for the rapid production of a SARS-CoV-2 vaccine to prevent COVID-19 disease,” the researchers wrote in the pre-print paper, which was sponsored by BioNTech and designed by Pfizer.
For the initial study, 45 participants ages 18 to 55 were randomly assigned to either receive a certain dose of the vaccine or placebo. Twelve participants received two 10 microgram doses 21 days apart; 12 received two 30 microgram doses 21 days apart; 12 received a single 100 microgram dose on day one; and nine received placebo, according to the study.
In the seven days following injection of the vaccine, some participants who received a dose reported pain in the injection site, fever or sleep disturbances, but “no serious adverse events were reported,” according to the paper.
The researchers found that the vaccine generated antibodies against the coronavirus in all of the participants by 28 days after receiving a single injection of 100 micrograms or seven days after receiving a second dose of either 10 or 30 micrograms.
“These preliminary data are encouraging, showing that BNT162b1 which exploits RBD SARS-CoV-2 as a target antigen is able to produce neutralizing antibody responses in humans at or above the levels observed in convalescent sera — and that it does so at relatively low dose levels. We look forward to providing further data updates on BNT162b1,” Dr. Ugur Sahin, CEO and co-founder of BioNTech, said in a company press release on Wednesday.
Pfizer and BioNTech announced on Wednesday that this preliminary data will help them determine a dose level for the vaccine then select which of their multiple vaccine candidates to progress to a larger-scale global Phase 2/3 study, possibly beginning as early as this month.
Yet this Pfizer vaccine is not the only one showing positive early data.

Vaccine developer: ‘We are very encouraged’

US vaccine maker Inovio said on Tuesday that its coronavirus vaccine already has shown some positive early data in a Phase 1 trial. However, the company released few details, and the preliminary information was shared in a press release, not a peer-reviewed publication.
The company said that 94% of people in the Phase 1 trial demonstrated overall immune responses by six weeks after receiving two doses of the vaccine INO-4800 and by eight weeks, the vaccine regimen was found to be safe and well-tolerated with no serious reactions.
There were 40 healthy adult volunteers, ages 18 to 50, in those preliminary analyses, the company noted. Since then, the Phase 1 trial has been expanded to include older adults in additional cohorts and there are plans to launch a Phase 2/3 trial this summer.
The company said that its vaccine is among those selected to be part of the US government’s Operation Warp Speed, a national program aimed at delivering a Covid-19 vaccine to the nation by next year.
“We are very encouraged by the positive interim safety and preliminary cellular and humoral immune response results to date as well as the inclusion of INO-4800 in Operation Warp Speed,” Dr. J. Joseph Kim, president and CEO of Inovio, said in the company’s announcement.
“We look forward to urgently advancing INO-4800, as it is the only nucleic-acid based vaccine that is stable at room temperature for more than a year and does not require to be frozen in transport or for years of storage, which are important factors when implementing mass immunizations to battle the current pandemic,” Kim said in part.
The Phase 1 clinical trial of INO-4800 enrolled volunteers across two US locations who were assigned to either a 1.0 mg or 2.0 mg dose group — and in those groups, each participant received two doses of INO-4800 four weeks apart, the company said.
Some participants said they experienced redness where the vaccine was injected into their skin, but “there were no reported serious adverse events,” Inovio’s announcement said.

FDA commissioner: US ‘on target’ to have vaccine by year’s end or early next year

The United States remains on target to have a Covid-19 vaccine available by the end of the year or early next year, US Food and Drug Administration commissioner Dr. Stephen Hahn said on Thursday.
“FDA has given authorization to proceed with clinical trials for four separate vaccines and we’ve seen a number of vaccine developers come forward — double digit numbers — so we have a lot of different, if you will, shots on goal with respect to vaccines. That’s good news,” Hahn said during an appearance on “Good Morning America.”
“We expect two of these vaccines to go in the late stage of clinical trials, which are large clinical trials, in this month,” Hahn said. “We are on target to reach a vaccine by year’s end or early next year, so I’m cautiously optimistic. Of course it depends upon the data that are generated from the trial.”
In the United States, some questions remain around the nation’s Operation Warp Speed program — and no specific answers were given in a US Senate Appropriations hearing on Thursday about which companies and how many Covid-19 vaccine candidates are in or being considered for the program.
When Wisconsin Sen. Tammy Baldwin asked for details about the vaccine prospects, Gary Disbrow, acting director of the US Biomedical Advanced Research and Development Authority, said he couldn’t divulge that information yet — but hopes to announce the entire portfolio soon.
“I can not specifically mention some of the companies. We’re in active negotiations with many of them. One that I can mention is AstraZeneca, where we already have a very large contract that covers both research and development and procurement,” Disbrow told Baldwin.
“I think your specific question may be the composition of the portfolio under Operation Warp Speed — that I can not today talk about,” Disbrow said on Thursday. “But we are very quickly moving and negotiating contracts and hopefully in the very near future, we will be able to make an announcement with the entire portfolio under Operation Warp Speed.”
Baldwin then asked for only a number of how many contracts have been finalized versus how many are still in negotiations.
“So I already told you about the one, which is AstraZeneca and we have multiple other candidates that we are working with,” Disbrow responded.
Baldwin asked again for how many total.
“More than one,” Disbrow said, and chuckled.
The pharmaceutical company AstraZeneca announced in May that it received more than $1 billion from BARDA to support the development, production and delivery of a coronavirus vaccine. AstraZeneca has been working with the University of Oxford in the UK on the vaccine development, with a goal to begin first deliveries in the fall.
Overall, Operation Warp Speed aims to deliver 300 million doses of a safe and effective vaccine for Covid-19 by January in the United States.