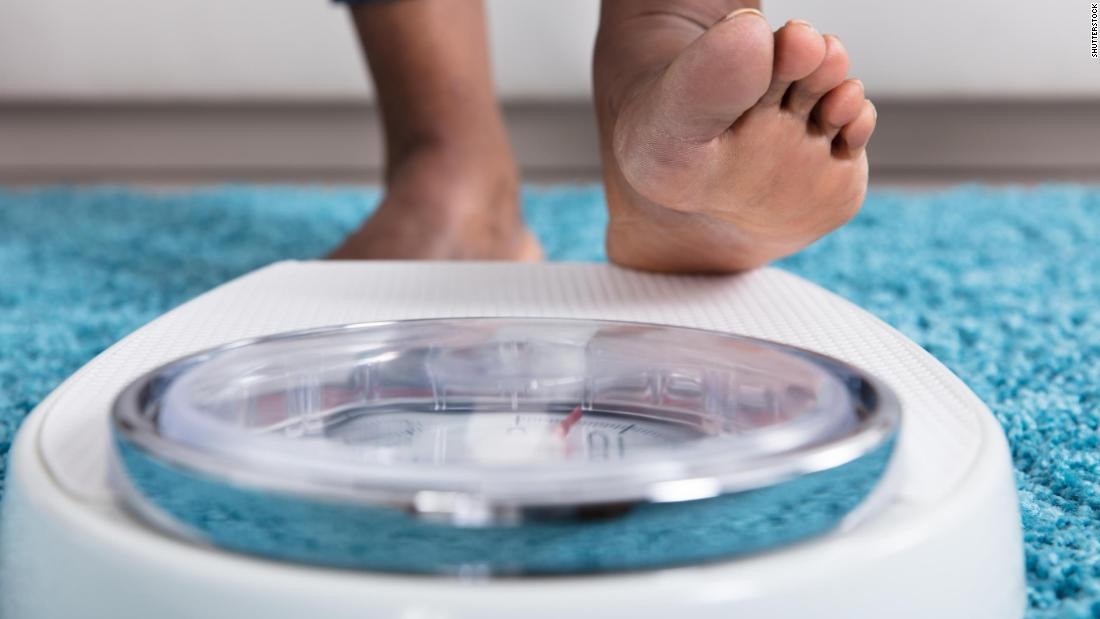 Health, Fitness & Food
Share on Facebook
Share on Twitter
Share on Pinterest
Share on LinkedIn
For women in later adulthood, above average belly fat can lead to a 39% increased risk of dementia within 15 years compared with those who have a normal waist circumference, according to a study published Tuesday in the International Journal of Epidemiology.
For men and women over 50, the dementia risk is 28% when taking body mass index and waist circumference into account together, the study said.
Researchers measured participants’ height, weight and waist circumference and followed up with them an average of 11 years later to see whether they’d been diagnosed with dementia.
“As belly size gets larger, the memory center in the brain gets smaller, based on prior studies,” said Dr. Richard Isaacson, who heads the Alzheimer’s Prevention Clinic at Weill Cornell Medicine and New York-Presbyterian Hospital.
“This new study is important since it supports these findings and relates a larger waist size to increased dementia risk, especially in women,” said Isaacson, who was not involved in the study.
That study’s findings could help us unravel more about the causal chain between dementia and obesity, the researchers noted.
“Dementia is one of the major health challenges of the 21st century that could threaten successful aging of the population,” said Andrew Steptoe, a study co-author and professor of psychology and epidemiology at University College London.
“Our findings suggest that rising obesity rates will compound the issue.”

Obesity and dementia are linked

To examine the link between obesity and dementia, the researchers delved into a cohort of 6,582 subjects within the English Longitudinal Study who were age 50 or higher. That project, which Steptoe leads, has been monitoring more than 18,000 subjects since 2002, re-interviewing them every other year about topics such as household demographics, social participation, cognitive function and weight.
The BMI findings were a standard ratio of height and weight measures. And the researchers established a patient’s dementia status through measures such as doctor’s diagnosis or hospital records.
To isolate the link between obesity and dementia, the researchers controlled for potential confounding variables such as hypertension, diabetes, smoking and APOE ε4 gene carrier status, a known genetic risk factor for dementia.
Those who developed dementia were an average of 71.8 years old at the time of their baseline assessment. Those who were free of dementia had a mean age of 61.9 years old when they entered the study.
Based on previous research, the UCL researchers pointed to several explanations for the obesity-dementia link. One reason could be that dementia is directly linked to hormones derived from fat cells. Alternatively, body fat could be implicated in metabolic and vascular pathways associated with the buildup of amyloid proteins or brain lesions, known to be associated with dementia.
“Both BMI and waist circumference status should be monitored to avoid metabolic dysregulations,” said senior author Dr. Dorina Cadar, a senior fellow at UCL’s Institute of Epidemiology & Health.
She recommended reducing weight to optimal levels by following healthy eating principles such as the Mediterranean diet, reducing alcohol consumption and keeping up a regular exercise routine.

To avoid dementia, pay attention to your waist size

“From a practical clinical perspective, people who want to protect their brain health over time should pay attention to their waist size,” Weill Cornell’s Isaacson said.
He cautioned that simple body mass index scores, which combine height and weight ratios, can’t capture a full picture of weight and obesity. Measures such as muscle mass and waist circumference can tell a more nuanced story.
“Based on emerging data from studies like this, we are now able to clarify sex differences in dementia risk,” Isaacson said. “Combining these findings with my clinical experience, I have seen greater impact on visceral fat on memory function in women, likely mediated by metabolic pathways.”
The UCL research “mirrors results” from a study his team published last year, Isaacson said.
Personalized lifestyle behaviors could help stave off cognitive decline, Isaacson’s group found. From 50 possible recommendations, each participant was given 21 behaviors they could attempt to use as a bulwark against dementia.
The results showed that interventions related to nutrition and physical activity came in as the two most important items on their list by far.
The new UCL insights this week are another point on the map helping to plot out our global struggle against dementia, and prevent as many future cases from emerging as possible.
“By identifying factors that may raise dementia risk that are influenced by lifestyle factors, we hope that a substantial portion, but admittedly not all, of dementia cases can be prevented through public health interventions,” Steptoe said.
This article was originally published by Cnn.com. Read the original article here.
Share on Facebook
Share on Twitter
Share on Pinterest
Share on LinkedIn