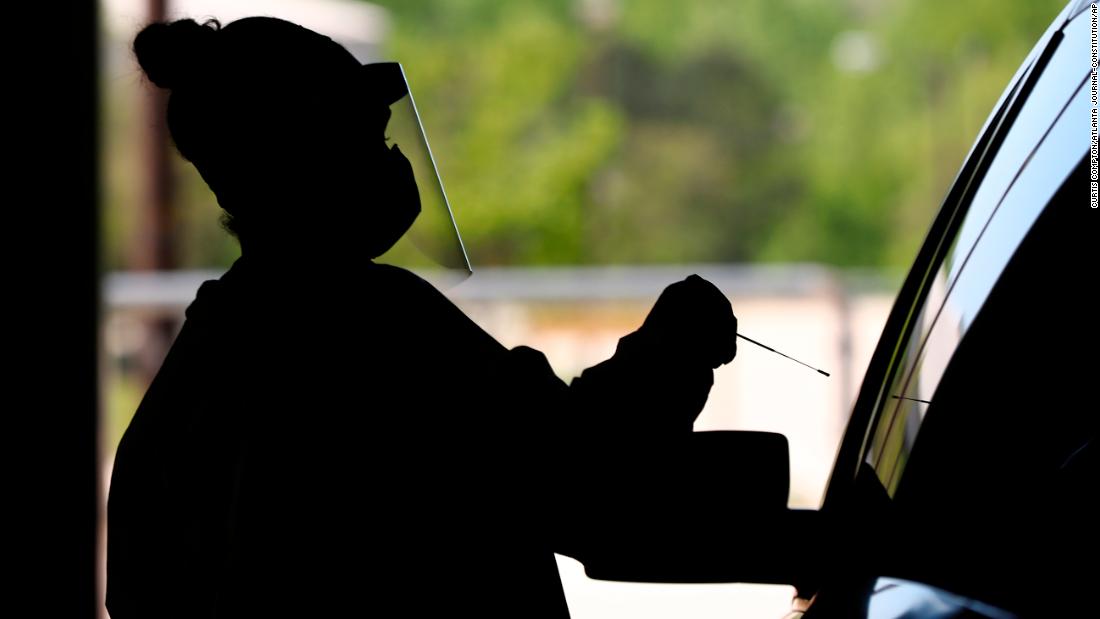 Health, Fitness & Food
Share on Facebook
Share on Twitter
Share on Pinterest
Share on LinkedIn
Dr. Anthony Fauci, the director of the National Institute of Allergy and Infectious Diseases, explained the risks during a live Instagram session.
“If everyone contracted it, even with the relatively high percentage of people without symptoms … a lot of people are going to die,” Fauci said.
At least 167,298 people have died in the US from coronavirus, Johns Hopkins University reported Friday.
“You look at the United States of America, with our epidemic of obesity as it were. With the number of people with hypertension. With the number of people with diabetes. If everyone got infected, the death toll would be enormous and totally unacceptable,” Fauci said.
Herd immunity is reached when around 70% to 90% of a population becomes immune to a disease either through infection and recovery or vaccination. When that happens, the disease is less likely to spread to people who aren’t immune because there just aren’t enough infectious carriers to reach them.
It is still unclear whether survivors of Covid-19 have immunity, though some have still suggested that allowing Covid-19 to plow through populations might help reach herd immunity more quickly if possible — but it would be a disaster for hospitals. Doctors would be overwhelmed and more people would die, not just from the coronavirus but from other infections, too.
Meanwhile, museums and cultural institutions across New York City can open with restrictions beginning August 24, Gov. Andrew Cuomo announced on Twitter Friday morning.
“25% occupancy. Timed ticketing required. Pre-set staggered entry,” he posted, adding face coverings and controlled traffic flow will be enforced.

Thursday was the 18th consecutive day the US had more than 1,000 deaths. The US also reported another 51,000 new cases, according to Johns Hopkins University.
California became the first state to top 600,000 cases.
The White House Coronavirus Task Force blasted Georgia for its rising infection rates and urged the state to adopt a mask mandate, according to the Atlanta Journal Constitution.
“You can’t run away from the numbers,” Fauci said. “You can’t run away from the numbers of people who’ve died, the number of people getting hospitalized, the surges we’re seeing.”
Dr. Tom Inglesby of Johns Hopkins said on CNN on Friday, “It’s doing very substantial damage to the country,” urging continued use of face coverings, social distancing, and hand washing.

Coronavirus has infected more than 5.2 million nationwide, according to Johns Hopkins.
In the next three weeks, that number will go up with a total of nearly 189,000 projected, according to an ensemble forecast published by the Centers for Disease Control and Prevention.
The new projections released Thursday forecast 188,982 deaths by September 5 — with a possible range of 181,375 to 201,431 deaths.
“State- and territory-level ensemble forecasts predict that the number of reported new deaths per week may increase over the next four weeks in Colorado and may decrease in Arizona, the Northern Mariana Islands, Vermont and Wyoming,” the CDC said.
The prediction relies on about two dozen individual forecasts from outside institutions and researchers.
Unlike some individual models, the CDC’s ensemble forecast offers projections only about a month ahead. A previous ensemble forecast, published July 23, projected roughly 164,477 coronavirus deaths by Saturday.

Georgia was the first state to reopen after being one of the last ones to shut down. This week, it recorded its highest death toll.
The White House task force urged Georgia to mandate masks as it warned of expanding Covid-19 spread, the Atlanta newspaper reported.
The state reported 136 deaths Tuesday — its most in a single day — and an additional 109 deaths Wednesday, according to health officials. Its health department reported 2,674 new cases of Covid-19 on Thursday. The virus has killed a total of 4,538 people in the state.
And in North Carolina, the department of health said “an error” has reduced the total official count of cumulative coronavirus tests performed since the pandemic started. The number has gone down to 1,823,283 from 2,044,727, said Dr. Mandy Cohen, the state’s top health official.
The error was due to a discrepancy between electronic and manual reporting of test data submitted by the company LabCorp. The error affected the overall number of tests previously reported but it does not change the total confirmed positive cases, the total deaths or the percent positive calculation, the department of health said.
In a sign the virus may be around for a while, Kansas City, Missouri, is extending its coronavirus state of emergency into the beginning of next year. Emergency orders will be in effect until at least January 16, 2021.
“It is now obvious to everyone that Covid-19 is not going away over the next five months,” said Dr. Rex Archer, the director of the city’s health department.

A house party is same as visiting a bar, official says

As the long holiday weekend gets closer, officials are warning against social events.
Adm. Brett Giroir, a member of the White House coronavirus task force, emphasized the need for coronavirus mitigation measures during the Labor Day weekend. He urged people to avoid crowds — particularly in indoor spaces.
“We talk about bars, but if you have a house party with a hundred people in your living room, that’s the same equivalent,” he said. He described a crowd of people indoors, drinking, talking and not wearing masks as a formula for disaster.
“What you really need to do — whether you’re in a hot area or not — please wear a mask,” Giroir said.
Good hand hygiene is also essential, he said.