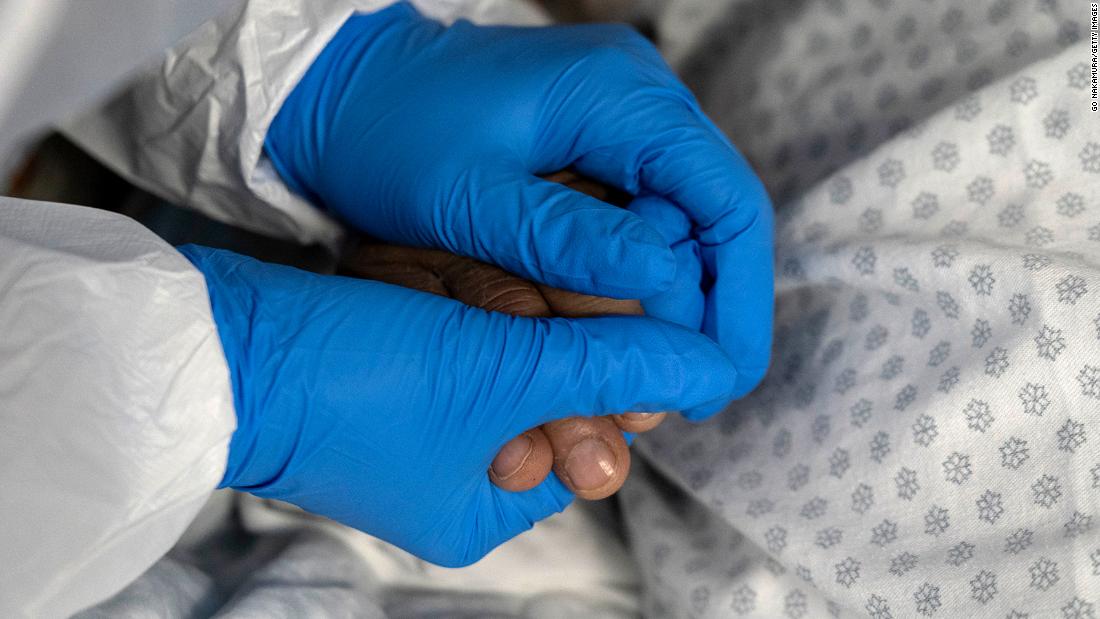 Health, Fitness & Food
Share on Facebook
Share on Twitter
Share on Pinterest
Share on LinkedIn
Now, the bad news: “Our levels are still far too high,” said Dr. Megan Ranney, an emergency physician at Lifespan Health System and associate professor at Brown University.
“We need those masks. We need those large social gatherings, honestly, shut down for the time being, until our country can come up with a comprehensive national strategy to get this virus under control.”
More than 4.6 million Americans have been infected with Covid-19, and more than 154,000 have died from the disease, according to data from Johns Hopkins University.
The relentless death toll is projected to reach 173,000 by August 22, according to a new composite forecast from the US Centers for Disease Control and Prevention. That’s an average of almost 1,000 US deaths every day for the next 30 days.
On Sunday, Dr. Deborah Birx, the White House coronavirus response coordinator, warned that the US is in a new phase of the pandemic.
“What we are seeing today is different from March and April,” Birx told CNN’s Dana Bash. “It is extraordinarily widespread.”
Dr. Carlos del Rio, the executive associate dean at Emory University’s School of Medicine, explained that in the spring the pandemic was largely felt in large urban communities. Now, more and more rural communities are seeing the spread of the virus.
“The epidemic is moving into every community in America,” del Rio told CNN. “And that’s why we all need to be wearing a mask.”
Track the virus in your state and across the US

It’s not just recent spikes in new cases, hospitalizations and deaths that have doctors concerned. It’s also the test positivity rate — which is generally a good indicator of how rampantly the virus is spreading.
As of Sunday morning, the test positivity rate was rising in most states compared to last week, and 34 states had higher-than-recommended test positivity rates, according to Johns Hopkins.
“There are two things that are going on,” said Dr. Ashish Jha, director of the Harvard Global Health Institute.
“One is the underlying level of infection is rising, which is obviously the thing we are most concerned about,” Jha said.
“But in about 18 to 20 states, the number of tests that are being done is actually falling. And it’s falling because our testing system is under such strain that we just can’t even deliver the tests today that we were doing two weeks ago in about 18 to 20 states. That’s very concerning because when cases are rising, and your number of tests are falling, that’s a recipe for disaster.”

Officials plead for gatherings to stop

Across the country, public health experts are pleading for Americans to not let their guard down as social gatherings — especially among younger people — are fueling the crisis.
On Sunday, Dr. Birx decried what she described as “super-spreading events,” saying, “We need to stop those. We definitely need to take more precaution.”
Maryland Gov. Larry Hogan said Wednesday that 44% of residents who had recently tested positive had attended family gatherings. Another 23% had attended house parties, and 21% attended out door events.
And earlier this week, New Jersey Gov. Phil Murphy condemned a house party with over 700 guests that took police 5 hours to break up.
“Everyone who walks around refusing to wear a mask or who hosts an indoor house party or who overstuffs a boat is directly contributing to these increases,” Murphy said. “This has to stop, and it has to stop now.”
The Los Angeles County Department of Public Health told CNN in a statement Sunday it was investigating reports of a recent private indoor party and reminded “all businesses that have been ordered to close indoor operations that there are no exceptions.“
“This is exactly the situation that puts our entire community at unnecessary risk.”
While the health department’s statement did not specify what event was under investigation, it was released after dozens of people attended a party Friday night at a bar in Los Angeles without masks or social distancing.
A spokeswoman for the owners of the bar, Sassafras Saloon, told CNN it was rented out to someone who wanted to honor first responders. She denied that 100 people had attended, but declined the provide a number.
The spokeswoman also defended the gathering, saying California allows restaurants and bars with kitchens to operate patio service. Sassafras Saloon lists a menu of food on its website.

With several outbreaks now linked to colleges and with some schools beginning to reopen, parents and local leaders are working to determine the safest options for the academic year.
Frequent screening of college students for the virus might be required in order to control outbreaks, according to a modeling study published Friday in the journal JAMA Network Open.
Researchers found that screening college students every two days — even with a low-quality test catching 70% of cases — is a cost-effective option, estimated to keep infections at a more controllable number than weekly testing with a higher-quality option.
For younger students, districts across the country have taken different approaches — some opting to go fully virtual for the beginning of the year and others offering hybrid options.
For example, Miami-Dade County Public Schools will continue virtual learning until at least October, Superintendent Alberto Carvalho told CNN affiliate WPLG. District officials “will revisit the conditions around September 30th for a possible return to the schoolhouse as early as October 5th, if the conditions are appropriate,” Carvalho said.
Schools are already learning that the best-laid plans could be easily derailed by the virus.
In Indiana, several school districts that resumed classes this week learned of confirmed cases.
One of them, the Elwood Community School Corporation, announced that the 7th through 12th grade students at Elwood Junior Senior High school would move to virtual learning this week after just two days in the classroom due to a staff member testing positive.
“We want to keep our buildings open during the pandemic,” Superintendent Joe Brown said in a letter to families Saturday, adding, “however, the safety of students and staff remain our top priority.”
Asked Sunday whether schools in states with a 5% test positivity rate should remain closed or have distance learning, Birx said, “If you have high case load and active community spread, just like we are asking people not to go to bars, not to have household parties, not to create large spreading events, we are asking people to distance learn at this moment so we can get this epidemic under control.”
Birx did, however, defer to CDC guidelines on school reopenings.

Health officials say the best ways to curb this crisis are also some of the easiest: Avoid gatherings, stay at least 6 feet away from others and wear a mask.
Yet many people continue to ignore those guidelines, including some young people who are carrying the virus without symptoms and are infecting others unknowingly.
In Washington state, health officials said at least 30% of residents who tested positive for coronavirus caught it from someone who was asymptomatic.
Washington is one of at least 39 states that have some type of mask mandate in place. But even with the mandates, not nearly enough Americans needed to bend the curve for the infection rate are using face masks, one expert said Friday.
“We’re getting close to about 55% of Americans wearing a mask,” said Dr. Chris Murray, a researcher behind an influential coronavirus model from the University of Washington. “That’s good news, but of course it’s a long way to go before we get to the levels like Singapore has at 95%, which would really save a lot of lives in this country.”
States that require masks
Researchers in Texas reported that just two weeks of social distancing policies cut the spread of the virus by about 65% globally, preventing more than 1.5 million new cases.
“We found that states observed significant reductions in transmission rates following the implementation of social distancing policies, compared to states without such policies,” Daniel McGrail, a postdoctoral fellow studying systems biology, said in a statement.
“In fact, two of the smallest reductions in spread were seen in states without social distancing policies.”