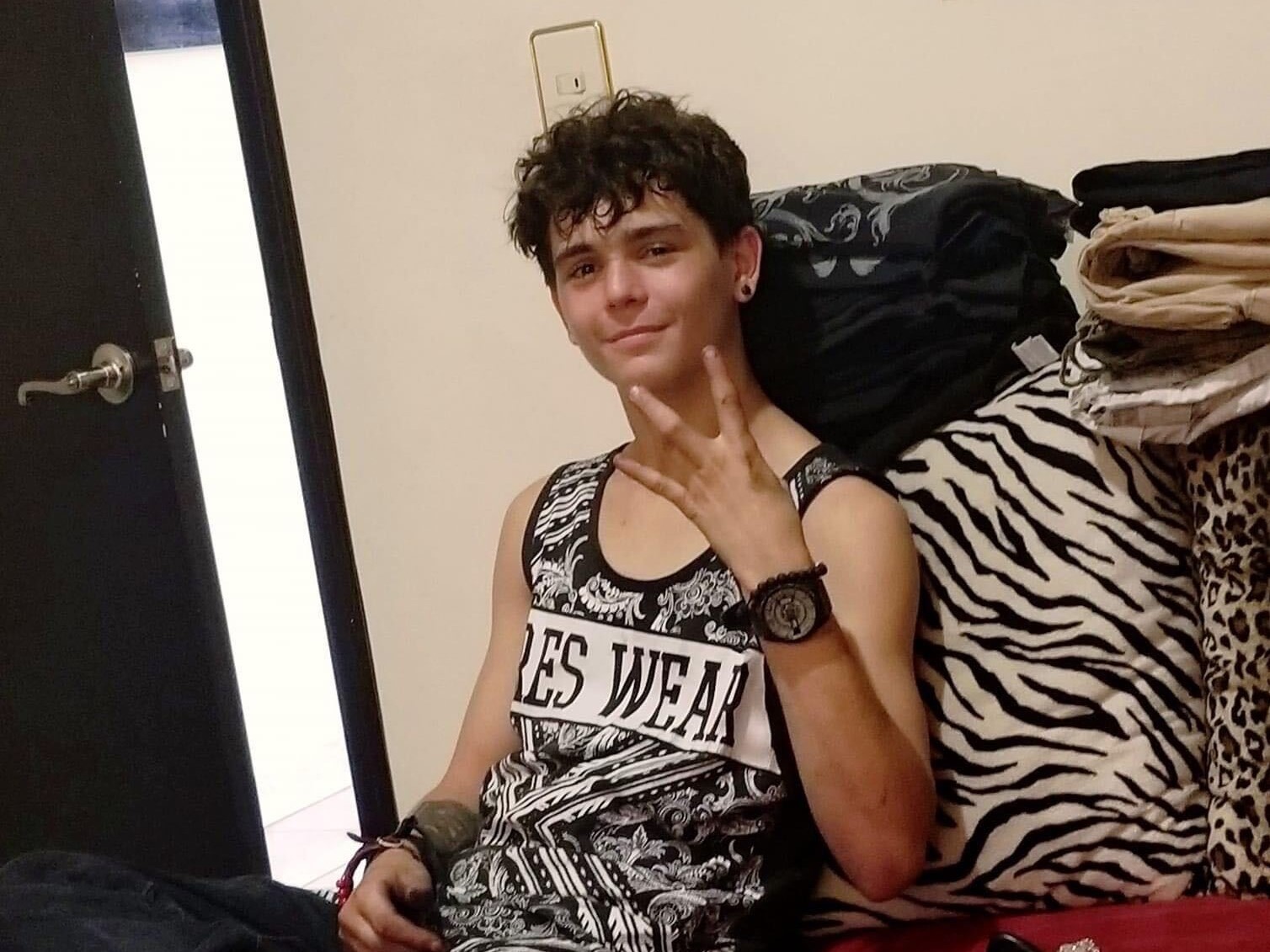 Much of the focus on diabetes therapy development is turning stem cells into beta cells, but there is a new approach drawing more attention called Stem Cell Educator (SCE) therapy. Different types of white blood cells (lymphocytes) serve different functions and exhibit different behaviors. As related to type 1 diabetes, some of these cells are involved in the autoimmune response. The main purpose of SCE is to “re-educate” these cells to be tolerant to the patient’s beta cells.

How the Treatment Works 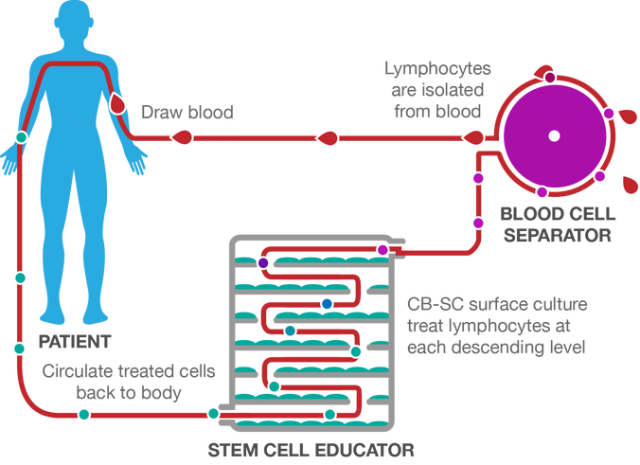 Just last week, Vera and her son Aaron set out to have the procedure done at Cryovida in Mexico. After having a difficult time managing his diabetes, Vera vowed to do whatever it took to lessen the burden for both her son and herself. Since Vera first posted about their upcoming journey, the diabetes online community became intrigued. Vera even started a Facebook page where people could learn and ask their questions. I thought it would be good to hear from Vera about the whole experience and how Aaron is doing now.

At what age was Aaron diagnosed with type 1 diabetes?

How have Aaron and your family been managing with his diabetes leading up to this life-changing procedure?

Probably the hardest time in our lives. In the honeymoon stage, my son’s attitude was almost impossible to deal with. As he got used to monitoring and stabilizing, he improved. My son is on the spectrum, so he was always difficult. He would forget to take his long-lasting insulin, not cover for the junk he would eat, and his sugars were almost always over 500. It was living in hell. Six months ago, my son came to live with me in Mexico (he was living with my mom in NJ, because he wanted to finish school, and we moved to Mazatlan, Mexico 3 years ago). When he came his blood work was so bad that the doctor didn’t know how he was walking. His A1C was over 20, his triglycerides were over 700! The doctor immediately changed his insulin. He said they had him on such a low dose, no wonder we could never control it, and put him on cholesterol meds, which my son never took. Just two months later my son’s triglycerides went down to normal (and he never took a single med for it; It is just the fresh food here), and his A1C was down to 18. By the time we went for the procedure, his A1C was down to 15.9. My son still doesn’t listen, and eats tons of junk, does not cover for it. I have to be on top of him 24/7 to check his blood and take his insulin. So, if this works I may retire from my position of a drill sergeant.

What prompted you to start looking for possible cures or treatments? How did you hear about Stem Cell Educator Therapy?

My son [was] almost dying, and his dream to go into the military was taken away from him. My husband is a retired Vet, his father is a retired Vet, my grandfather was a retired Vet. We are a military family. This may give him the opportunity to serve, which is all he wants. I heard about it from research. I started googling diabetes cures and ran across different articles for stem cells. I always read everything, I rarely follow what is being pushed by news or politicians. I sit and read.

What are the benefits of this procedure for a patient living with type 1 diabetes? And what are the risks involved?

Well, ultimately a full cure, but for those that do not get cured, it lowers their need for insulin substantially. Risks… honestly not much [from] the procedure itself, but the normal risk, possible bleeding, pain in the area. Long term, diabetes can come back. Scientists still have not figured out how to protect the new beta cells from being attacked again by your immune system. For me, that is a risk I can live with. Even if he gets a year diabetes-free, I would pay and do the procedure again. The longest known case has been diabetes-free for 3 years now.  I am hoping [the]  next huge development will be scientists figuring out how to protect the new beta cells.

How did Aaron feel about it? Was he nervous? Excited? Or a little bit of both?

OMG, he was a mess. At first, he was stoked about it. He couldn’t wait. Then came time for the procedure, and he was like, “nope”. He was sitting in the huge cat scan room where they were doing the procedure saying “no, I don’t want it”. I had to tell the anesthesiologist to get him sedated ASAP, or my son was about to run out of the hospital in the gown down the street!

How was it dealing with Renu and Cryovida? How were the doctors? Were they able to speak English so they could communicate with Aaron?

First, I am lucky enough to live in Mexico, but I speak horribly. We were able to set up the full thing in one week. The reps did everything. They spoke perfect English. Once at the hospital, the doctors spoke English, Went through every piece of paper I signed, explained everything to me and my son. Let my husband and I be in the room until the procedure started (even though the hospital had a rule; one person per family due to COVID). After the procedure, all the doctors came in, explained everything. Gave me all the paperwork. The reps from Renu came with us from Mazatlan to Guadalajara, a six-hour drive, and stayed the whole full three days with us to make sure everything was okay. It was an overall great experience. 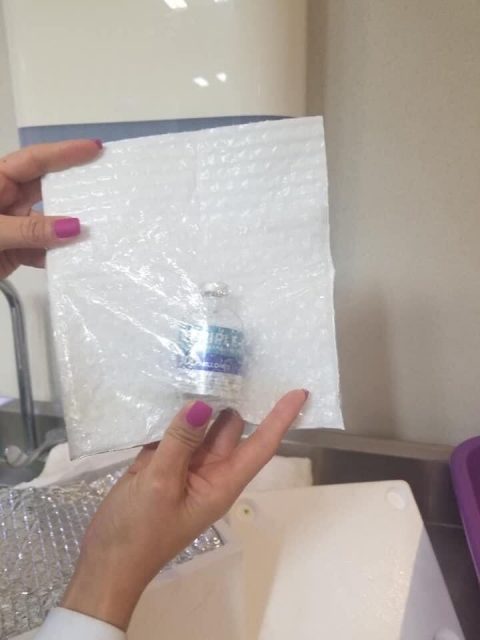 How long did the procedure take and generally speaking, how is it done?

They were done in an hour, but most of the time was prep. The actual procedure takes 10 minutes. They make a hole in the femoral artery and lead a scope into the pancreas, where they then inject the cells.

How does Aaron feel now after the procedure? Did he have a lot of pain right after?

He feels amazing. The first thing he noticed is that his eyesight was no longer blurry. He was only in pain on the first day. Now he is back to his crazy self. He also has tons of energy. He was so sluggish before. That is the biggest change.

Have you noticed any changes to his blood sugars yet? Do you notice any fewer peaks and valleys? Has he tried experimenting with new foods or is this too soon?

When can he expect to see some results? I have noticed his blood sugar is lower, even after he eats junks. He is 17, controlling him to eat right is IMPOSSIBLE! They said I should start seeing a real difference in about 45 days to 6 months. Depends on each person.

Now that is it over and behind Aaron, how is his perspective looking forward to living with this disease? Is he glad he did it? I bet he can’t wait to see the results!

He is beyond grateful to possibly be given a chance to be diabetes-free. He still wants to go into the military. To him, this is a gift he would never get. I made him a promise [that]  if there was a way to cure him, I would pay any amount of money, and go anywhere to do it. I have fulfilled my promise.

What would you share with our community who has been so intrigued by your story, any advice you could share having gone through this with your own child?

Never give up hope, and never take no for an answer. If the doctor is not giving you the answer you want, get a second, third, fourth, doesn’t matter how many opinions. There is always hope and new science out there. Yes, it can be expensive, but ask yourself, what is your child’s health worth to you? Also, READ EVERYTHING. Science changes monthly. Keep reading, keep joining groups, keep reaching out. Forget what you hear on the news and from politicians, you are the advocate for your child. Go against the grain, and be a trendsetter. Those are the people that make a difference.

Vera, thank you so much for sharing both you and your son’s experience with SCE. We wish Aaron nothing but health and happiness and we will continue to follow his journey!

Have you heard of Stem Cell Educator Therapy? Is this something you would consider? Share and comment below!