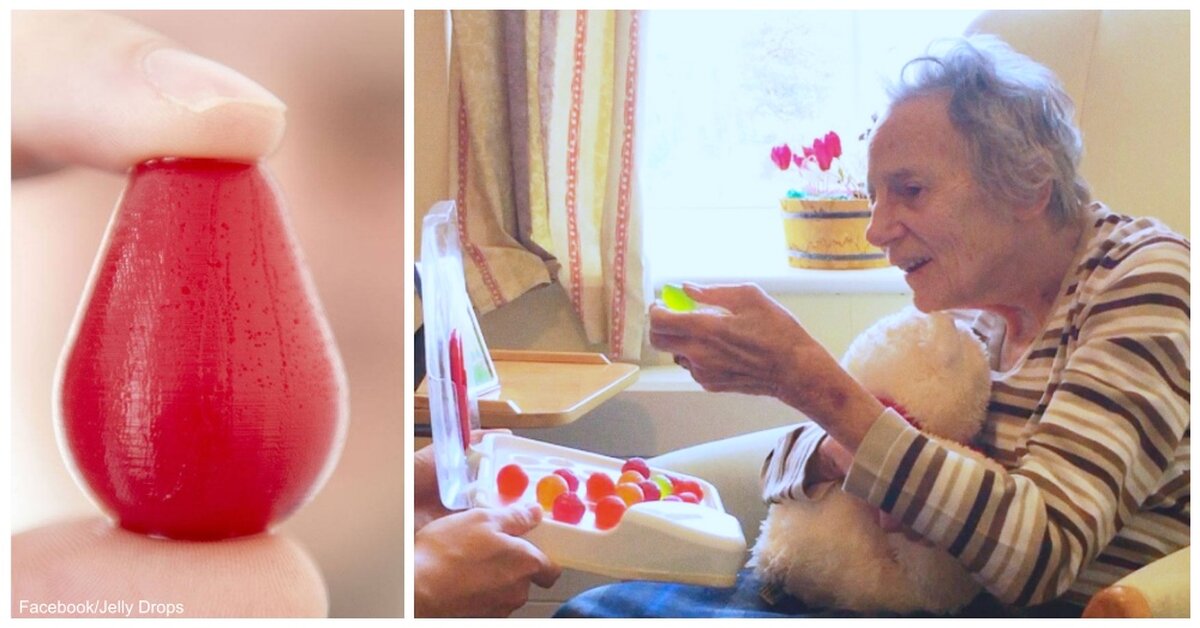 So many people around the world suffer from dehydration for a multitude of reasons. Now, thanks to one young man’s idea, inspired by his grandmother, many people with medical conditions will be able to find an easier solution to their dehydration problems. That’s right, ladies and gentlemen—after 18 months of testing, Jelly Drops are officially for sale in the UK.

Lewis Hornby came up with the idea for Jelly Drops, which are made up of 95 percent water, a few years ago after noticing that his Grandma Pat was not getting enough to drink. Grandma Pat has dementia and often forgets to drink water or just isn’t interested in it, which leads to severe dehydration, a condition she’s even been hospitalized for. 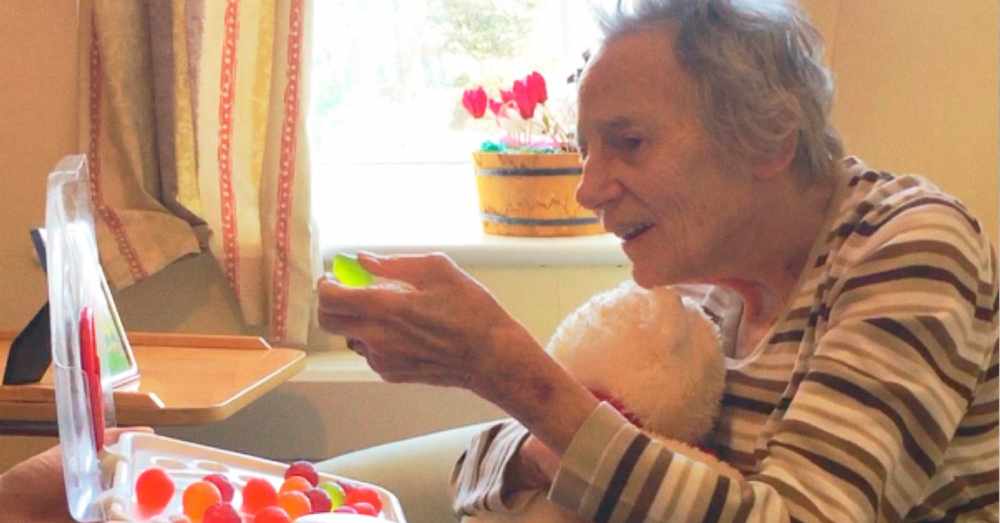 “For people with dementia, the symptoms of dehydration are often mistakenly attributed to their underlying condition, meaning it can easily go unnoticed until it becomes life-threatening,” Hornby wrote. “About a year ago my grandma was unexpectedly rushed to hospital, she was found to be severely dehydrated. Thankfully, after 24 hours on IV fluids she was back to her normal happy self and is still enjoying a good quality of life to this day.”

Sadly, Grandma Pat’s issues with dehydration are not uncommon for people with dementia. Many dementia patients forget that they need water or may forget where to find water, even if there’s a glass of it right next to them. They may misunderstand their body’s thirst signal or no longer find water palatable. Some people with dementia even suffer from dysphagia, a condition in which swallowing—especially swallowing thin liquids—becomes very difficult. 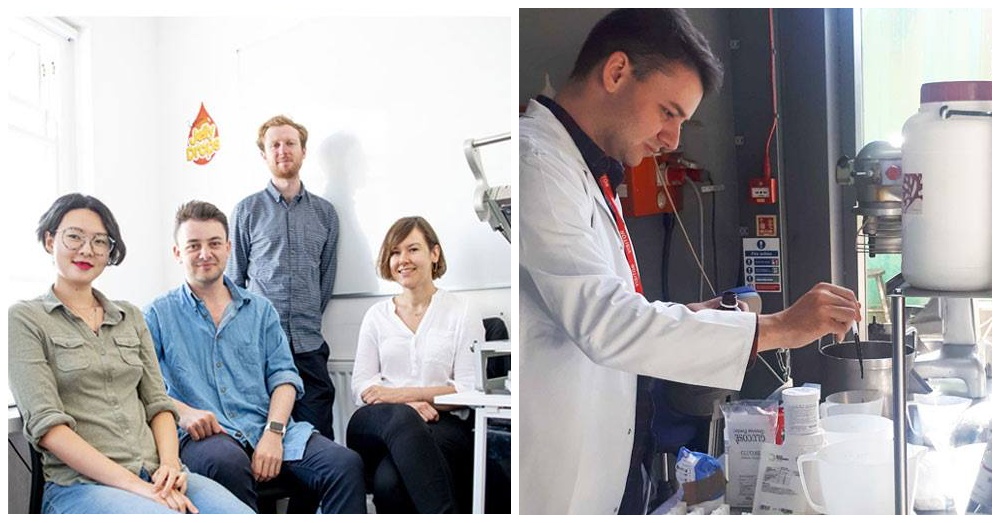 So Hornby went to work on acquiring a better understanding of the problem and then inventing something that his grandmother would be more interested in consuming that would still have the hydrating properties of water. What he and his team came up with were Jelly Drops, which are brightly colored teardrop-shaped balls containing a jelly-like substance. Jelly Drops are very appealing to the eye and the tongue and are solid and easy to pick up, but they also have the hydrating properties of water. 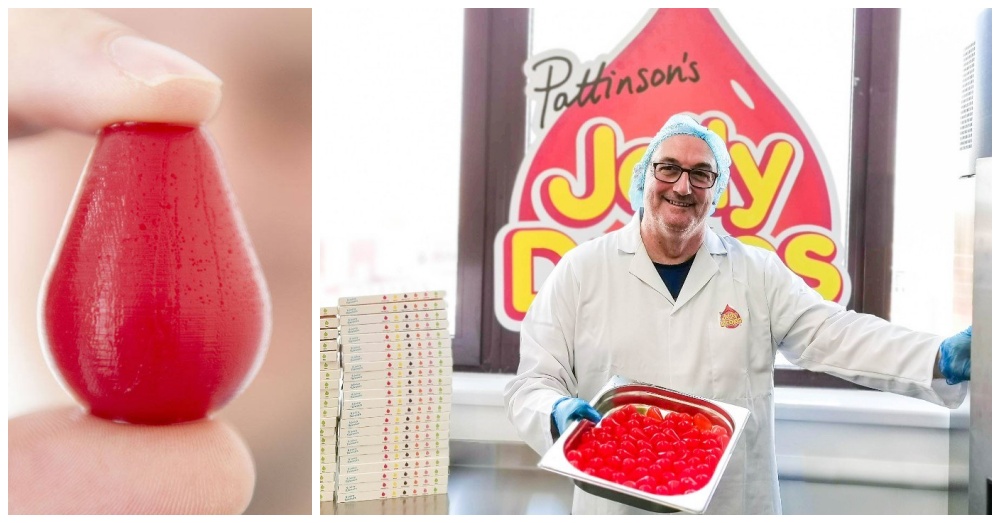 A lot of work has gone into making sure Jelly Drops are as healthy and appealing as possible. Aside from being 95 percent water and incredibly hydrating, they are vegan and made with natural flavors and electrolytes. They’re sugar-free, contain no artificial colors, and don’t cause a laxative effect. They have a solid texture that makes them easier to hold, chew, and swallow. The recyclable packaging is even designed to be easy for people with health conditions to hold onto, and the lid is clear to entice the eyes like a box of candies. 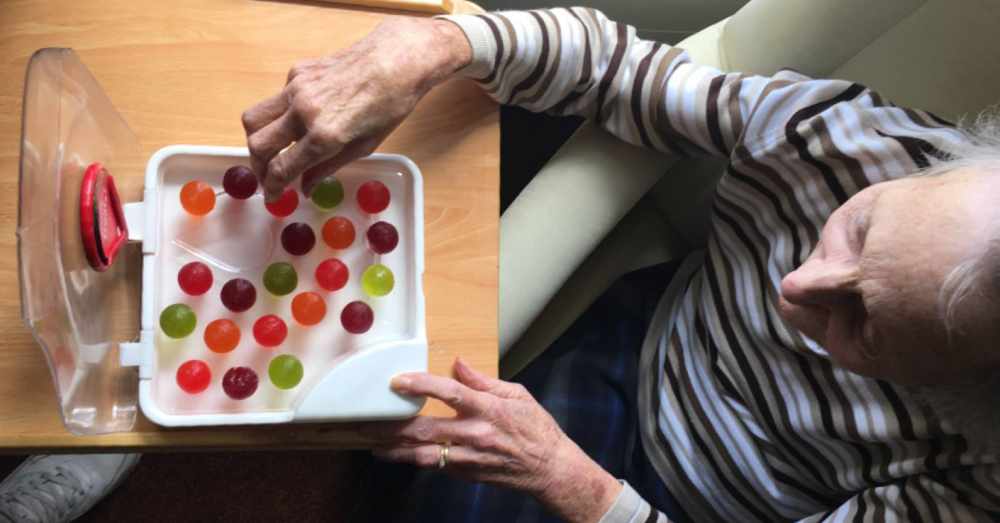 When Grandma Pat was introduced to Jelly Drops, she took to them immediately. “When first offered, grandma ate 7 Jelly Drops in 10 minutes,” said Hornby, “the equivalent to a cup full of water, something that would usually take hours and require much more assistance.”

Jelly Drops are great for more than just people with dementia too. People with autism, for example, may also find themselves disinterested in water due to sensory sensitivities, making it difficult to stay hydrated. People with cancer who are undergoing chemotherapy might have trouble staying hydrated due to the dehydrating nature of their medication. Whether it’s diabetes, cerebral palsy, Parkinson’s, multiple sclerosis, Down’s Syndrome, or some other condition, many people have trouble getting enough water and could be greatly benefitted by a product like Jelly Drops. 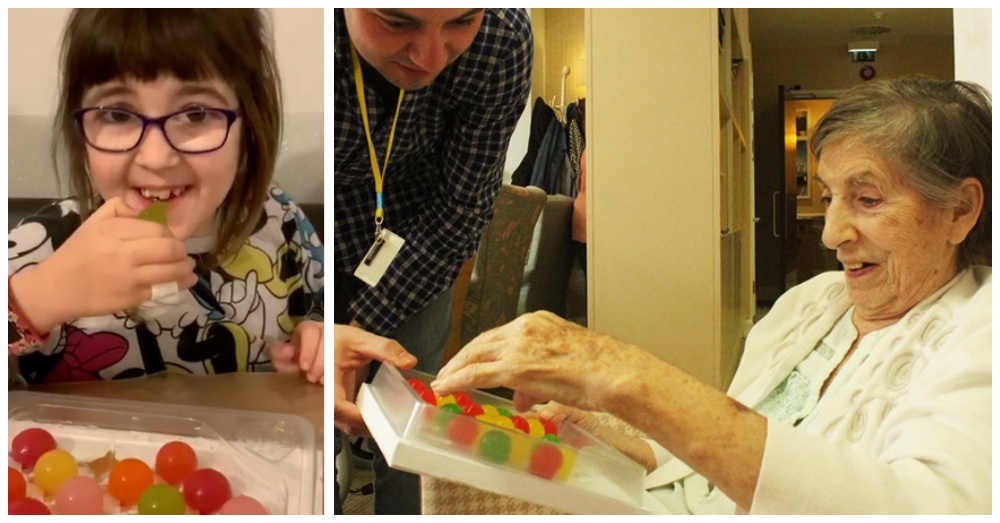 Each tray of Jelly Drops contains 24 drops and more than ten fluid ounces of water. Currently, a single tray costs £7.95, while a value pack of seven trays costs £44.95. But you can also get a subscription for £5.70 per tray and get one tray for free.

What a fun way to boost your water intake! If you live in the UK, Jelly Drops are available for sale as of July 8th, 2020. If you or someone you know has a condition that makes it difficult to stay hydrated, try out the six fruity flavors of Jelly Drops (strawberry, raspberry, blackcurrant, orange, lemon, and lime) and let us know what you think! We can’t wait until this product is available around the globe!